Classical music may not be as popular as jazz or everyone’s cup of tea but one thing is for sure. It’s not going anywhere. Not only is it soothing to the ears; it also reaps many physical and mental health benefits.

Before we dive into the magical effects of listening to classical music, what exactly are we referring to here? Oxford Learner’s Dictionaries defines classical music as “music written in a Western musical tradition, usually using an established form. Classical music is generally considered to be serious and to have a lasting value.”

To define it more clearly, Classic FM puts it as “powerful combinations of instruments, melody, and harmony that make up the canon of Western music history.” It hypothesizes that this type of music may be called “classical” to pay respect to the likes of Mozart, Haydn, Bach, and Beethoven during the Classical period. The works of these artists have greatly influenced the “classical” sound wherein most instrumental, chamber, orchestral, and operatic forms of music are inspired by their compositions.

You may not just know the title but we’re willing to bet you’ve heard one of these in your lifetime: J.S. Bach: Suite No. 1 in G major for unaccompanied cello, Ludwig van Beethoven: Symphony No. 5 in C Minor, Johannes Brahms: Piano Quartet No. 1, Op. 25, and the Frédéric Chopin: Nocturne in B-flat minor, Op. 9, No. 1. They’re all considered iconic classical music that makes use of the piano, violin, cello, organ, and the combination of all these instruments.

Now that we’ve got that covered, the next agenda is convincing you to put classical music in your daily playlist to promote better health and give you a quality life. Studies show that the tunes and structure of most classical music songs help calm the brain of the listener. Here are some ways that listening to classical music may impact your day to day: 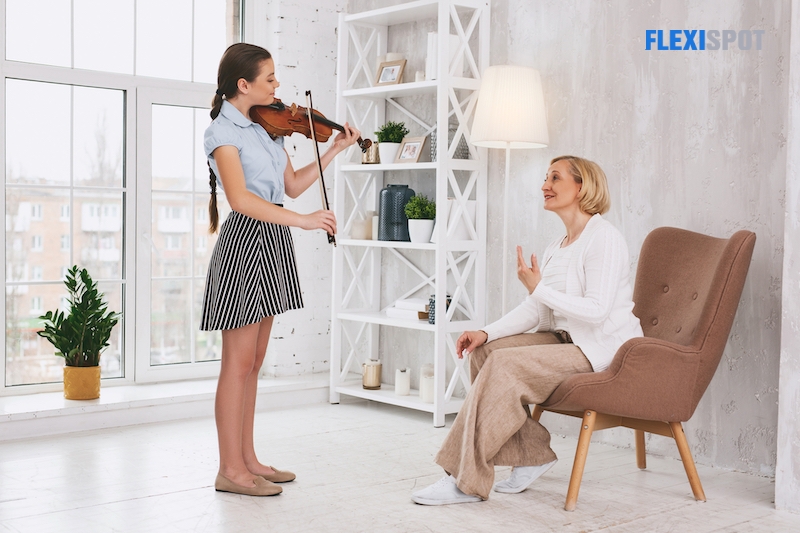 A 1993 study revealed that students who listened to Mozart before an exam performed significantly better than their classmates who didn’t. This was called the Mozart effect or the ability of classical music to make someone smarter. In reality, what it does is it relaxes the mind to help it confront an incoming task confidently. It takes away nervousness and puts the mind in a relaxed disposition.

According to a study published by the National Library of Medicine, classical music can help decrease blood pressure. Participants of the study were divided into two; one listened to Mozart and Strauss for 25 minutes and had lower blood pressure levels than the other group who did not listen to classical music. Researchers described the music as having no lyrics and only a few changes in volume or rhythm. 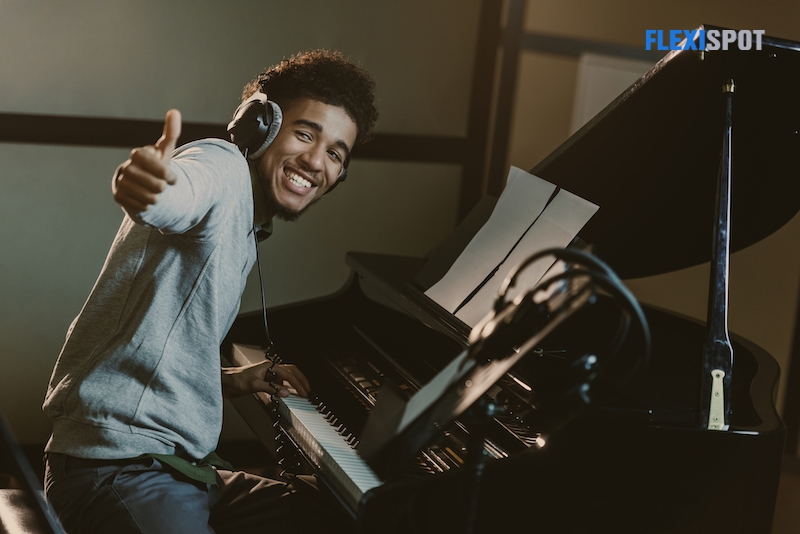 A 2010 study from Mexico enlisted a sample of 79 patients aged 25-60 years old with low and medium-grade depression. Half of the group listened to classical and baroque music for 50 minutes a day for eight weeks while the other half was subjected to psychotherapy. Using the Friedman test, the former had fewer depressive symptoms than the latter. The researchers recommend listening to classical music to help curb depression.

A 2007 study done by the Stanford University School of Medicine found that the brain can absorb and interpret new information more easily during and after listening to classical music. It trains the brain to pay attention and have better reasoning skills. There is also a 2011 study that was participated by 41 boys with ADHD that showed better classroom performance for the group when they listened to classical music.

Another study also discovered that classical music may help one be more motivated. When motivation is at a high, productivity follows.

Listening to 45 minutes of classical music before going to sleep has been found to not only help put a body to sleep but also promote better quality throughout the rest period. 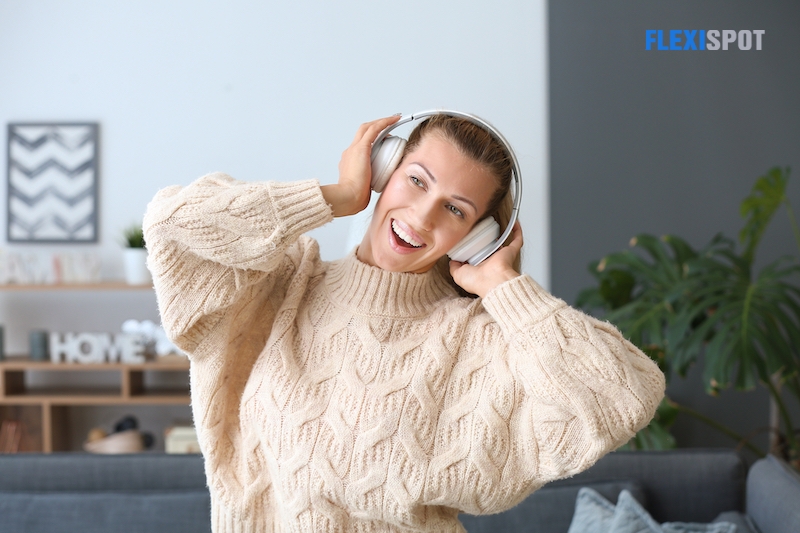 Not only will your kid become the cultured one in their group (just kidding!), listening to classical music or blasting it in your speakers will have a positive effect on your household. It may help aid in improving your kid’s overall study performance. Taking it up a notch and enrolling children to play a classical instrument class will also strengthen the benefits one can reap from listening to classical music.

Make your kid’s study station even more perfect by placing a keyboard near the Hand Crank Ergonomic Sit-Stand Kids/ Desk from Flexispot. Aside from the health benefits, your kids can even learn how to play classical music themselves. 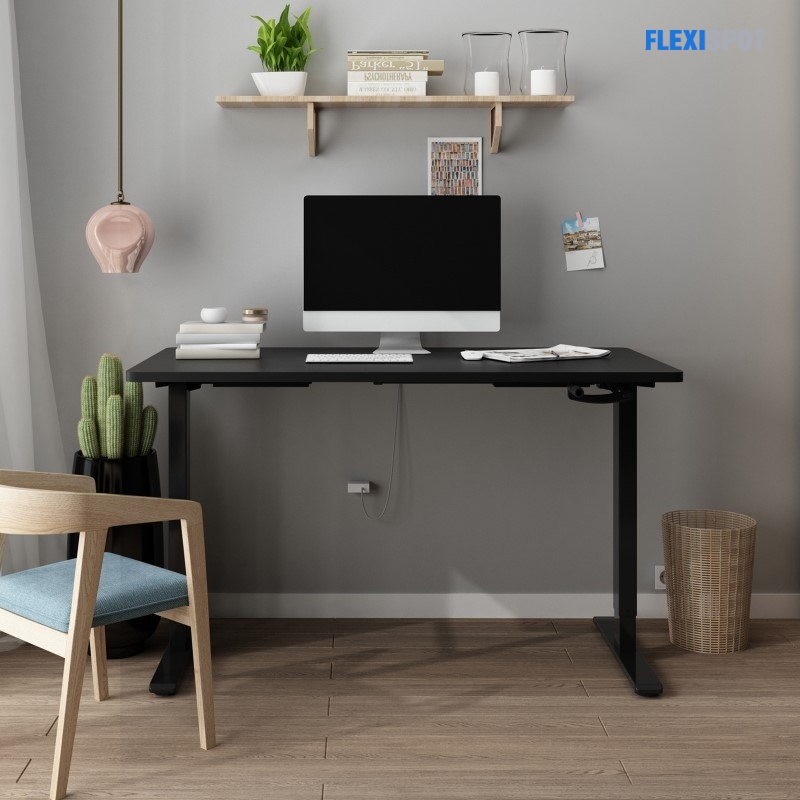 Featured Product: The Hand Crank Ergonomic Sit-Stand Kids/ Desk has a moisture-proof and durable wooden desktop that resists stains and water damage. For safety, the desktop table has smooth rounded corners. A convenient bag hook is attached to the desk frame that can carry your kid’s backpack. Its legs, made of powder-coated steel tubing, come with leveling glides at the bottom to stabilize the desk. It can be your kid’s companion from primary to middle and high school to even college.

There’s nothing to lose and everything to gain when you decide to listen to more classical music. If you are a parent, consider making your kid appreciate classical music. It will help him or her throughout his life, improving brain functions and uplifting the overall mood.