All Blogs>Flexispot Story>Blog detail>
Back
Father's Day: Why We Celebrate
Jun 17, 2022
264 views

A father is an integral part of the family. Responsible fathers shape the lives of their families in incredible ways. Whether providing emotional support, teaching life skills, or simply being a role model, dads play an important role in our communities.

For the past few decades, many people around the world celebrate fathers every year on Father’s Day. It’s also a day to celebrate other male members of the community, such as uncles who play the role of father figures in the lives of children around them.

The celebration of fathers wasn’t always an international affair or even a national one. In fact, the road to establishing a day to honor fathers and making it a national holiday was a slow and bumpy one. 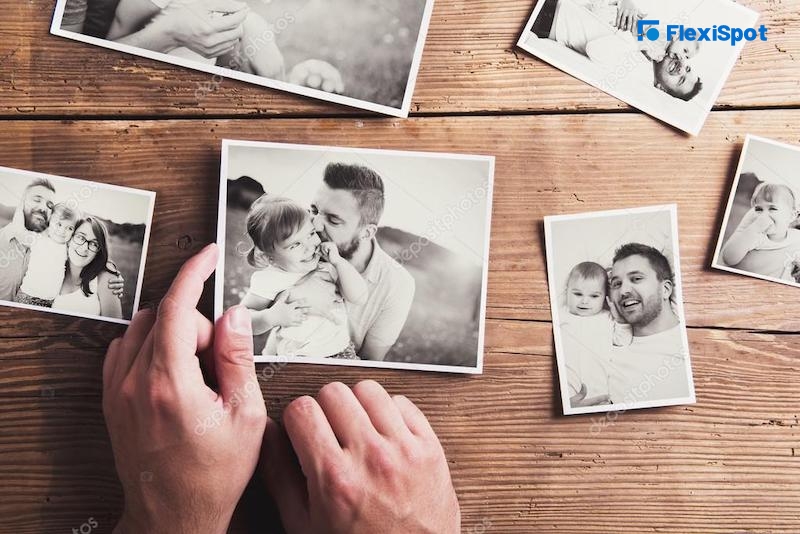 The History of Father’s Day

There are several stories about the origin of Father’s Day, but the most prominent one is from the U.S. In 1908, Grace Golden Clayton organized a service to honor fathers at the Williams Memorial Methodist Episcopal Church in Fairmont, Virginia. The service was in honor of over 360 men and boys who had died in the greatest mine explosion ever recorded in the United States.

The mine explosion tragedy left over 1000 children fatherless. Ms. Clayton had also lost her father, who was a reverend in 1896, so having the service felt like a good idea to recognize the role of fathers in families and communities. The news of the fathers’ service didn’t make headlines in the media because, as fate would have it, on the 4th of July, 1908, a day before the service, a young person died of typhoid fever. The press focused on the death, so the father’s day service didn’t get as much traction.

Across the country, in Washington, 27-year-old Sonora Smart Dodd was inspired by the idea of Mother’s Day to also have a Father’s Day. Sonora Dodd was the daughter of a single father, William Jackson Smart. The single father, who was a farmer and Civil War veteran, raised Ms. Dodd and her five brothers after the death of his wife during childbirth in 1898.

Sonora Dodd had the idea to have a celebration for fathers in 1909. She spent the next couple of months convincing people at YMCA and the Spokane Ministerial Association to hold the celebrations. It worked because on June 19th, 1910; the ministers held a celebration in honor of fathers. Sonora had wanted the event on June 5th, which was her father’s birthday. However, the ministers argued that it would be too close to Mother’s Day, and they needed time to prepare sermons in honor of fathers.

The available date was on the third Sunday of June, and that was when the celebrations took place. The boys at YMCA decorated their lapels with fresh-cut white and red roses. The white roses symbolized deceased fathers, while red ones stood for living fathers. Sonora also organized a gifting session for handicapped fathers.

A Bumpy Road for Father’s Day

Although Sonora’s idea was successful, the first celebration of Father’s Day wasn’t enough to create a nationwide following. The first hindrance to embracing Father’s Day was that people drew parallels with mother’s day celebrations. Mother’s Day was marked with flowers and gift-giving, which gave it a sentimental appeal. The society was highly patriarchal, and such emotions were associated with women. Men found the idea too effeminate.

Since the society held men with more regard than women, a number of men also felt that Mother’s Day was important because women were generally underappreciated. Hence, they needed a day to honor them. Father’s Day didn’t feel as necessary since society already appreciated men. There was also a lot of commercialization of Mother’s Day, with florists taking advantage to boost sales. Other vendors too heavily marketed consumer products as ideal gifts for Mother’s Day. Men felt that having a Father’s Day celebration was a commercial gimmick, and in some cases, the men would end up paying for the gifts themselves. 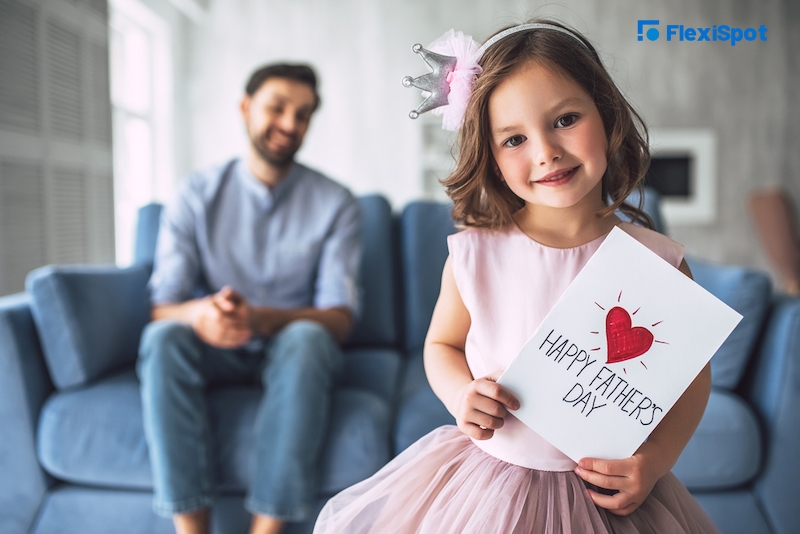 The Journey Towards Embracing Father’s Day

Despite the challenges facing the celebration of fatherhood on a specific day, many families started observing the day. In 1916, President Woodrow Wilson observed the day with his family. Eight years later, in 1924, President Coolidge signed a resolution recognizing Father’s Day. He felt it was important to remind fathers the need to nurture intimate relationships with their children. He encouraged Americans to embrace the day.

Even then, the day wasn’t yet a national holiday, but there was some momentum. During the Great Depression in the 1930s, consumption decreased. Companies and vendors used Father’s Day to promote sales of items like ties, shirts, shoes, and items that families could buy for fathers. In the next decade, World War II heavily impacted on the structure of families in the United States. With many men going to war, there was an increasing sentiment towards celebrating fathers. The nature of jobs had also been changing, so fathers didn’t spend long hours in factories, mines, and railroad works. They had time to spend time with their families.

However, some countries celebrate the day on a different date. In Norway and Sweden, they celebrate the day on the first Sunday of September. In Finland, they mark the day on the second day of November. Thailand celebrates it on December 5, the same date as the former king’s birthday. In Taiwan, they mark it on the eighth day of the eighth month. In Catholic countries like Italy, Spain, and Portugal, they mark it on March 19, which is also St. Joseph’s Day. In Germany, they celebrate Father’s Day on Ascension Day. It’s in line with the 18th Century traditions where fathers were given prizes after the Ascension Day parades in rural Germany. 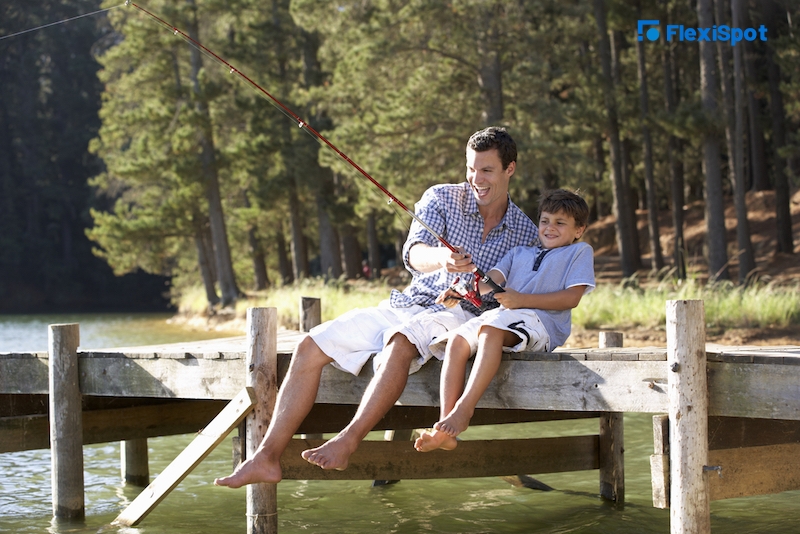 While at first, people struggled to find gifts for fathers because it was likened to Mother’s Day, over the years, people have curated Father’s Day to suit fatherly activities and preferences. People celebrate Father’s Day by organizing activities like fishing, hunting, or barbeques, focusing on fathers and father figures.

Gifting is also a popular way to mark the celebrations. You could get them clothing items, gadgets, vouchers, or take them to some of their favorite spots. 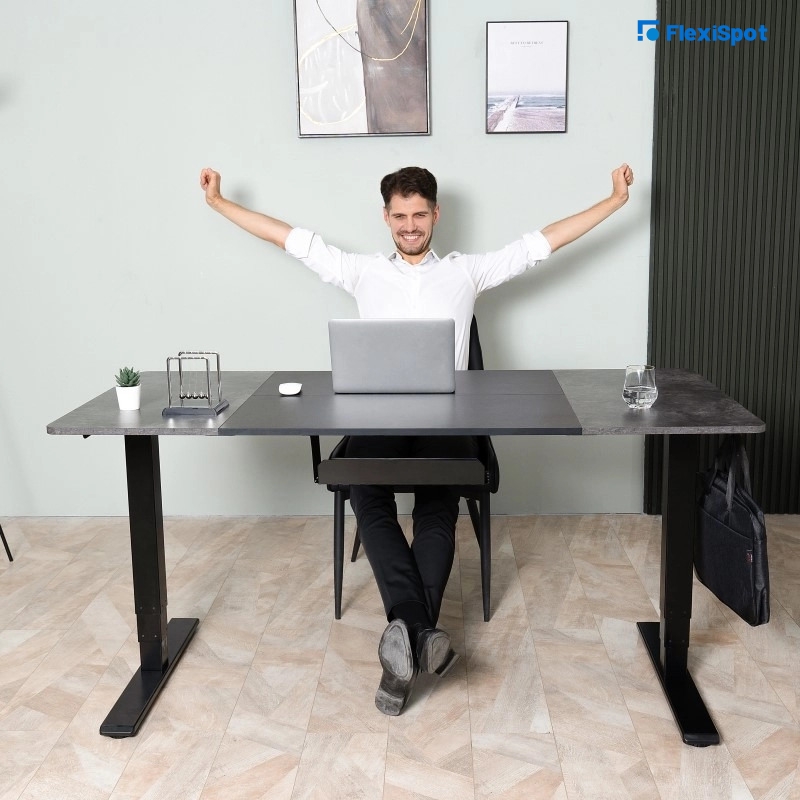 If you’re looking for a thoughtful, practical gift to give your father or the father figures in your life, check out FlexiSpot’s Father’s Day deals. From the 13th of June all the way to the 17th of June, there will be discounts on selected items.

There will also be discounts on the Kana bamboo standing desk, desk bikes, and desk converters. Be sure to check out our website for these and more amazing deals.

Fathers and father figures devote themselves to their families. They help in providing, nurturing, and raising children. Embracing the roles of fatherhood come with many sacrifices, so it’s only befitting that you honor and acknowledge the positive impact of responsible and devoted fathers. Celebrate this year’s Father’s Day by making them feel honored. Show them you think of them by giving them a gift that adds value to their lives or a memorable experience.