All Blogs>Workplace Solutions>Blog detail>
Back
Generate a Productive Workspace with Flexispot
Aug 30, 2021
729 views

Chronicles of a Software Developer

Alex goes into software development with no clue of what the job entailed. Except for the fact that there would be a lot of sitting-- and sometimes staring; battling a streak of brightly colored and weirdly indented texts.

But he got mauled into a world of namespacing strategies and some Kubernetes, whatever that means. He got the sitting part right, and the staring part mostly involved problem-solving before coding begins.

But one issue kept him up at night: productivity. Sometimes it felt like a real struggle building software, and other times it was swift.

Like Alex, many software developers make efforts to stay productive in a conventional workspace setting. It may seem like the usual, but developers can never thrive in a space designed with poor consideration of what they need to get the creative juices flowing.

Working as a Developer

Beyond having a penchant for solving puzzles and getting intrigued by technology, Alex found software development a different ball game.

You could get wounded up with a program for hours without even knowing it. Days when launch breaks seemed unimportant, and rest wasn’t an option. It always seemed like the one minute off may trump the whole flowcharts and drafting of a program.

Essentially, Alex was the perfect workaholic rookie developer. Had huge breaks with his teams and extreme dry spells that increased over time.

He had the unique balance of hard and soft skills; he was also well versed, so the dry spell was a mystery to everyone--including the boss.

However, the occasional breakthroughs made up for the weak moments, and all was well again. Well, until it wasn’t. 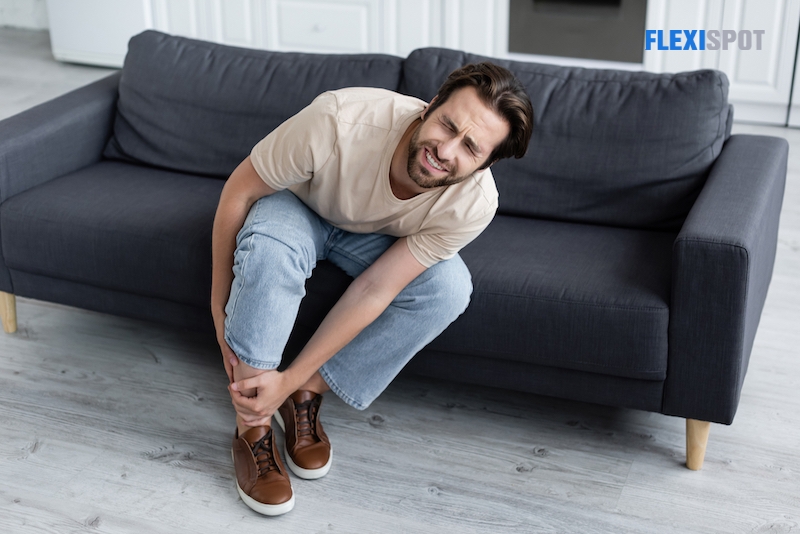 Alex's dismissiveness met Signs of a persistent but dull ache in the leg. It didn’t seem like a big deal, nothing that pain killers wouldn’t resolve. Gradually, the dull ache graduated into a stronger ache and swelling that was hard to ignore.

But Alex was at the brink of a program he named “a record-breaker," one that could shake history to its core. Nothing else mattered until his leg demanded more attention than he was willing to give.

One trip to the hospital wouldn’t hurt, his boss advised. He agreed and promised to make up for the time lost after his appointment with the doctor.

Unfortunately, work became inconsequential after he got his test result. He had Deep vein thrombosis, and it was intense. Well, on the brink of pulmonary embolism-- deadly in many ways. Besides creating the death of a game character in one of his programs, death always seemed far-fetched.

The only hope was preventing more blood clots and taking blood thinners as prescribed by the doctor. Alex couldn't believe the nightmare he was experiencing, and the first question the doctor popped was: have you been inactive lately?

Flashes of the overnight spillovers that started and ended by his desk attacked sporadically. And even before he churned out the answer, his face had given him away.

He was guilty of sitting for 20 hours, sometimes with bloodshot eyes and multiple cups of caffeine in his system, working effectively to keep him awake. After a thorough treatment, Alex was back on his feet, seeking alternatives to stationary work life. 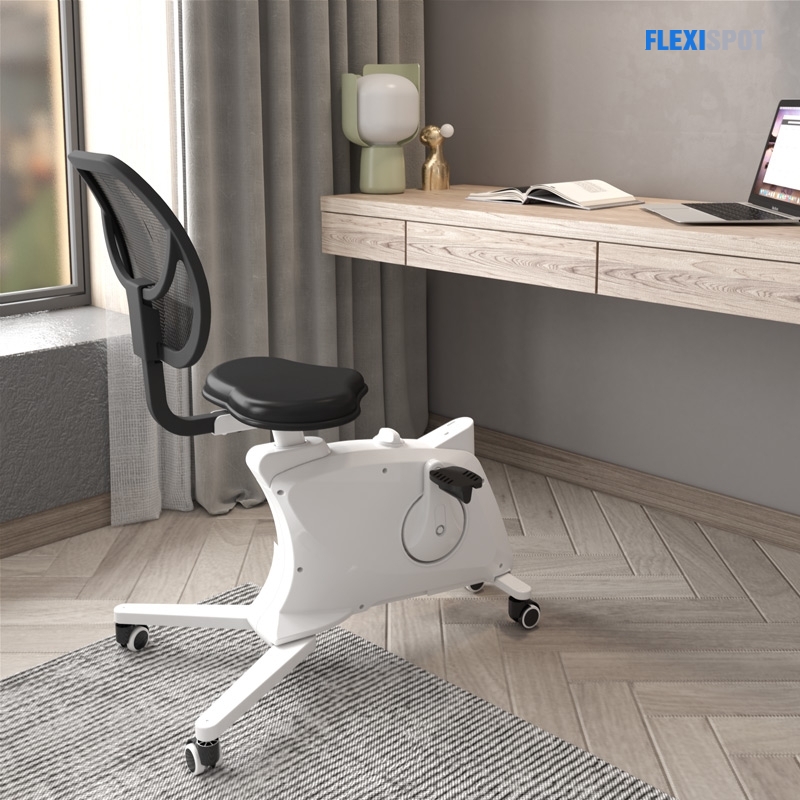 Checking out the Flexispot website was one of the best decisions he has ever made. From getting to know about Flexispot via a conversation with a friend to buy a fitness chair. Those decisions were priceless and one that determined a lot subsequently.

Alex resumed work with his new Sit2go 2-in-1 fitness chair. This ergonomic product has pedals to keep him active during work.

It also worked perfectly to ensure that there is maximum comfort and protection from another round of DVT. It felt like therapy in all its uniqueness. Riding a bike in his seat was ultimately weird, but if that's what it takes to keep him healthy, then he would gladly comply without any complaints.

Subsequently, the pandemic hit, and working remotely became the norm, away from the hot-desking office model that Alex’s boss made compulsory to facilitate team spirit.

Hot-desking seemed like a great idea until Alex experienced the productivity that remote working afforded. Sitting by his desk and staring into his monitor tiredly didn’t change, but he was more active and less distracted.

No kidding, something was sure wrong with the office setting. After indulging in the work-from-home routine for over a year, Alex got a notice to resume back to work. Alongside his colleagues, he resumed to the constant buzzing that characterized his workplace.

The series of dry spells that followed confirmed his suspicions; hot-desking office model affected him negatively. It was time to resolve that as well.

Deciding on the workspace model that suits each work type isn’t an easy task. It requires some level of experience and sometimes a little experimental trial.

It took one discovery to realize the workplace was a shadow of what a software developer’s corner should look or feel like for Alex's workplace.

So, for the sake of developers experiencing the same bout of unproductivity, what should a developer’s office entail?

How about we have a quick run through a developer’s desk essentials. 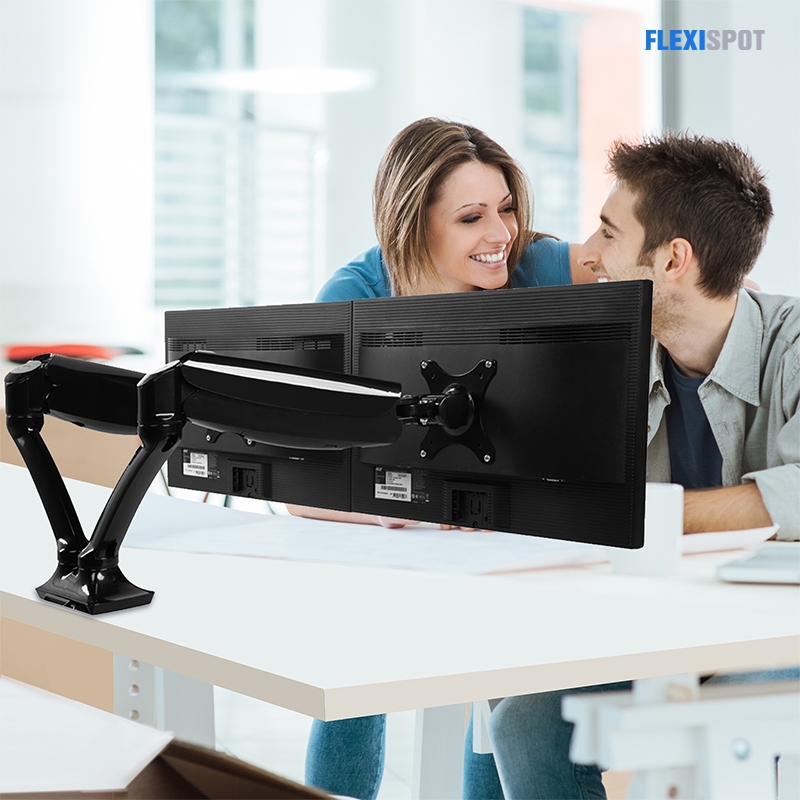 The benefits of a dual monitor in software development aren’t new to developers. It’s one of the essentials that make work easier.

Side by side comparison, copy and pasting, detailed editing becomes a cinch with the two monitors. Several kinds of research along this line have revealed that an extra screen can promote productivity at work.

If you haven’t joined the bandwagon that sees a dual monitor as necessary, you need to reconsider. As for which monitor would be suitable, it’s a choice that you need to make based on your needs. 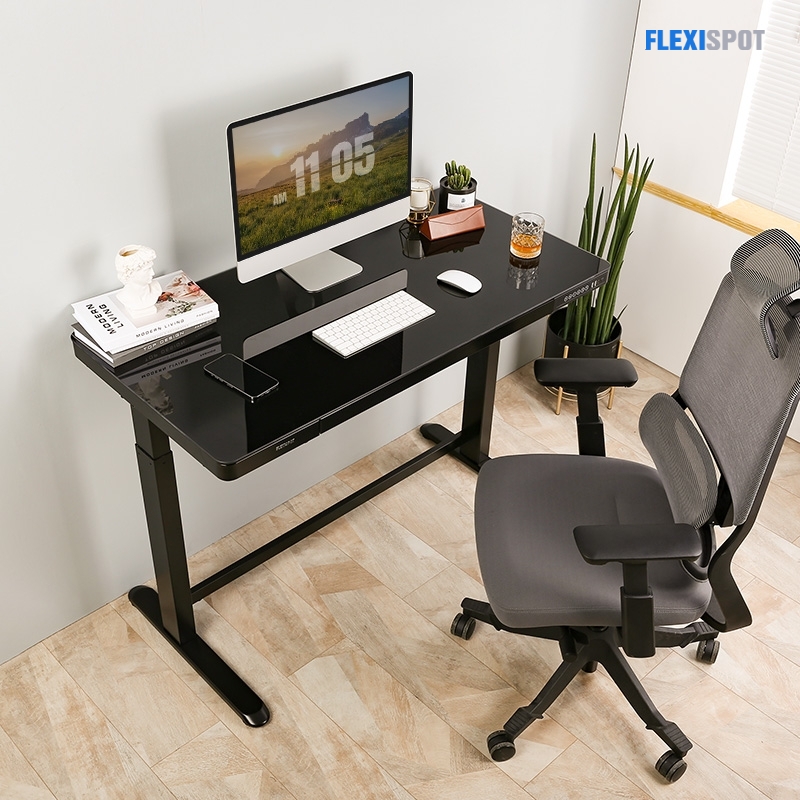 The modern world is all about delivering conveniences within your arm's reach. No other place needs excessive convenience as much as your workplace. Sitting for prolonged hours in a terrible office chair takes a toll on you.

So, buying an ergonomic office chair and desk can make a massive difference between a productive workspace and a problematic one. Good lighting, a convenient workstation, and proper equipment are all productivity influencers.

Nothing feels more perfect than a quiet workspace, especially when the workspace belongs to a developer. Despite the popularity of open workspaces in today's techy world, it never benefits a group of developers.

Dealing with work and getting random “hey, can I get a minute” from every tom, dick and harry affects concentration. This also drains productivity faster than you think. Make barriers or create a serene workplace to accommodate only the developers.

They need a noise-free environment, not a place for excessive communication and bustling. People who find it difficult to filter out irrelevant sensory stimuli, be it sound, are always at the negative end of distractions. Based on studies, software developers often fall within this class.

Maybe re-introduce cubes? Not! Cubicles only make it appear like the problem has been resolved when it’s only mildly better. Cubicles provide more space but still insufficient, and it provides more privacy but not enough as co-workers can still make distractive calls at each other’s desks.

The best setup would be a private office. However, not all companies can afford this. For a fact, it may not be cost-effective, so that you could try two employees in an office instead. It’s better to share a room with one co-worker than 30.

Some companies go the extra mile to install low-impact fixtures like carpeting, ceiling fixtures to reduce the noise that travels around offices.

Nonetheless, regardless of your office setup, noise cancellation headphones always come in handy during work. You can swag it up by tagging it with your company logo--or not. 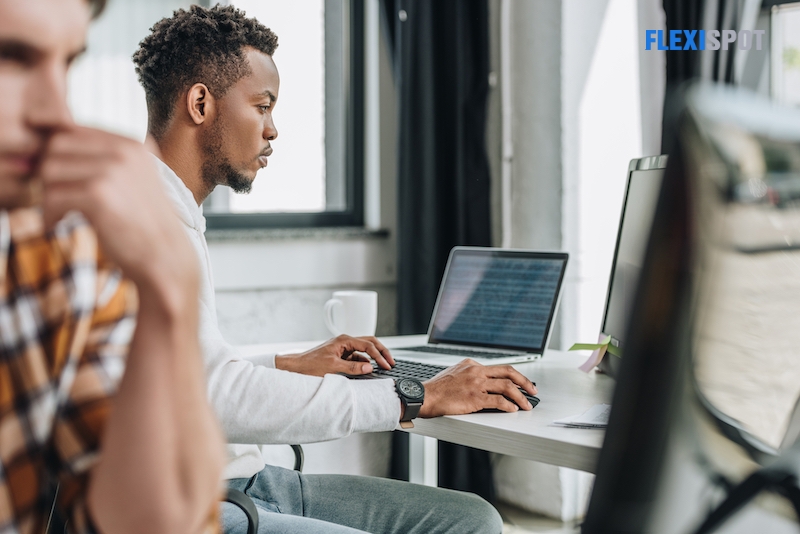 Developing software is cognitive and falls under heavy work. From Stringing bits of OSS together to testing and debugging, these are tasking activities that require attention.

For the most, developers struggle to understand a task and stay focused to work out a solution. So, distractions like IMs, notifications, emails, and meetings force developers to abandon a task or switch context.

Returning to the task may take about 23 minutes, and this is unproductive work culture.

Additionally, when people are distracted, they tend to work slowly. Cut off all sources of distractions for a developer and avoid unnecessary meetings that could wait.

Consider introducing a hybrid work model that involves rotating WFH and office shifts between workers. This creates more time for work without interruptions.

Also, you should have meeting-free days when your workers can concentrate on work without distractions.

Alternatively, create a room for maximum focus and DND tasks where developers can resolve to when the distraction peaks. It could be a small space or if you can afford a wider space.

Reducing Distractions when You Work from Home

Studies show that working from home helps people get more work done. However, even WFH has its fair share of distractions. Like a neighbor with piercing snores or a needy pet. Oh, and the annoying notification pings that announce emails and IMs.

Make distracting actions more expensive to you, like leaving your phone in the other room or across the room to avoid distractions or temptation.

And if you need your phones for google authenticator or passwords, we really can’t help with that. Stick with your phone if that’s the case but be disciplined. Or better still, use web versions if you can.

There are suggestions that a stress ball is a worthy addition to your workplace. Throwing it around or squeezing it creates a mild distraction that takes your mind off problems. It helps you relax and clear your mind while you work towards solutions.

Stress ball does more than tension relieving or nerve stimulation. It strengthens your wrist muscles and prevents computer-related injuries. 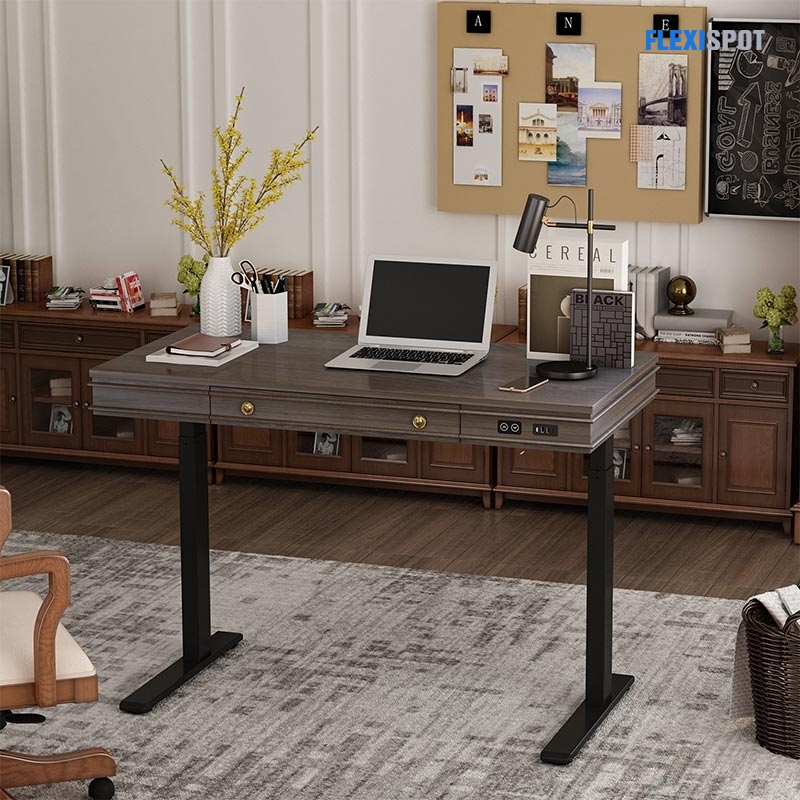 But personalizing your workspace makes it feel homely and more comfortable. This also affects your productivity positively. So, endeavor to try out personalized workplace settings. And include something that can be a working trigger or help relieve work stress after a long day.

It could range from a picture to any item you have grown fond of. Either way, ensure the item gets you motivated and not distracted.

Making deadlines and timelines is tricky because unforeseen circumstances have a way of creeping up on you, especially while developing software. It appears like it’s smooth; you have it under control, then suddenly it dawns on you that you don’t.

But you can always reduce the impact of unanticipated setbacks if you don’t let them get to you. However, you should also avoid setting unrealistic timelines as it’s an easy way to get unhappy with a pile of breached deadlines.

Unrealistic deadlines are one of the causes of work burnout, and when unchecked, it gets to workers immensely. So put this under check make real estimates instead.

Don’t get fussed over an unexpected setback; try to suppress the effect and keep going. Productivity is sometimes a choice as much as it isn’t.

Software developers have peculiar needs in their workspaces, from excellent ergonomic setup to a less distractive environment. And there are more people like Alex dealing with unproductivity without understanding the due cause.

In the end, it all boils down to your workspace and workstations. Hopefully, employers will try to research the best workspace that suits their employees.