All Blogs>Health & Wellness>Blog detail>
Back
Should Your Child Use a Standing Desk for School?
Aug 13, 2021
763 views

Long periods of sitting are harmful to our health, yet we allow our children to spend more than 60% of their day sitting. Standing desks have numerous advantages for adults, so why not extend these advantages to our children?

Children, even more than adults, are not supposed to sit all day. Faced with rising obesity rates, children spend 5-7 hours every day at their desks. A child's typical life consists of being active and having the flexibility to move around.

Obesity, high blood pressure, excessive blood sugar, and abnormal cholesterol levels have all been linked to prolonged sitting. Obesity also increases the chances of depression, anxiety, and low self-esteem. Mayoclinic suggests adopting a standing desk and avoiding sitting for more than 30 minutes at a time to reduce sitting time.

The Time for Change is Now

You would assume that buying standing desks for our kids is a bit of a stretch. Children have been sitting in schools and doing homework for millennia, so why should that change now?

The issue is not just with sitting still to study; our children are also spending more time sitting outside of school, whether it is in front of the television, on the computer, or on their smartphones.

Kids are more fidgety and restless than adults, who have been taught to sit still from an early age. It goes against their nature to ask them to sit for long periods. Wouldn't it be preferable to start with our children if we want to foster a more active lifestyle, one in which too much sitting feels unnatural?

While studying, children use their smartphones. Childhood habits, whether good or negative, are frequently carried over into adulthood. So, let us encourage our children to develop healthier behaviors than we have.

Standing and moving more, rather than sitting for lengthy periods, will be the only regular way of life by the time they reach adulthood.

The advantages of alternately sitting and standing are more than just physical. When children are allowed to move their bodies freely, their ability to learn improves considerably. Several studies have looked into how enjoyable it might be to allow a child to stand at their desk. 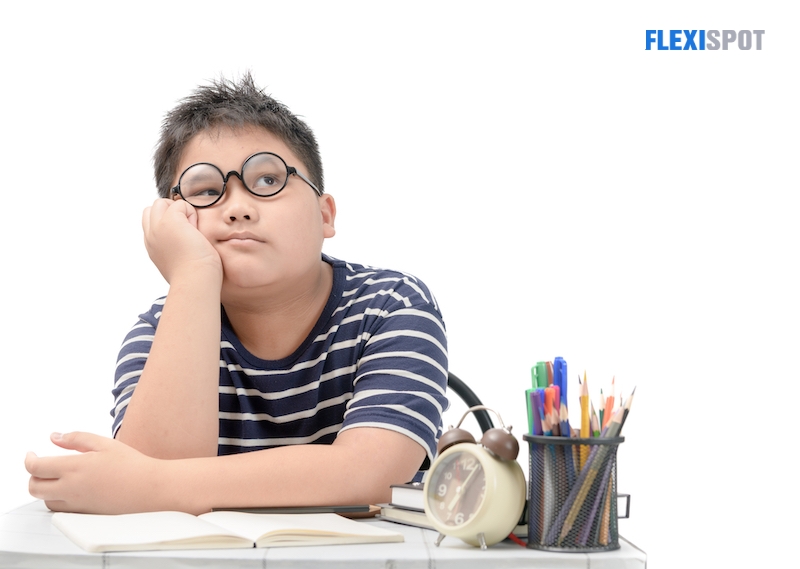 This is the highest rate of obesity ever documented. “An obese 4-year-old has a 20% probability of being obese as an adult, and an obese teenager has up to an 80% chance of becoming obese as an adult,” according to the National Collaborative on Childhood Obesity Research (NCCOR).

Monica Wendel, an associate professor at the University of Louisville, and her colleagues spent two years examining 380 pupils from three Texas elementary schools in an experiment. Some pupils were in regular seated classrooms, while others were in stand-biased classrooms (a kid standing desk that has an optional stool).

The group that utilized standing desks had a 5.24 percent lower BMI than those who used regular desks after adjusting for grade, race/ethnicity, and gender. According to another study, this impact was especially obvious in overweight or obese youngsters, who burnt more calories at standing desks than their peers.

According to the findings, switching from a sitting to a standing-biased classroom atmosphere can have a considerable impact on students' BMI percentile. Simply said, a standing desk is a great way to get some extra exercise into your day.

Standing Desks and How They Engage Kids in School

Attention is a valuable resource. It is becoming increasingly valuable in today's world when learning is so pervasive. In general, children have a shorter attention span, which grows as they get older.

Teachers have struggled to get kids to pay attention in class, especially with their younger students. When dealing with students who have ADHD or ADD, it becomes even more difficult (attention deficit hyperactivity disorder and attention deficit disorder).

In 2011, the CDC reported that “an estimated two million more US children were reported by their parents to be diagnosed by a health care provider with ADHD and a million more were reported to be taking medication for ADHD in 2011, compared to 2003,” according to the National Survey of Children's Health. This is a roughly 45 percent gain.

Dr. Mark Benden, an associate professor at the Texas A&M Health Science Center School of Public Health, evaluated the levels of class involvement of 282 students across three grades to determine the effects of utilizing stand-biased desks (2nd, 3rd, and 4th). Students might either stand at their workstations or sit on the stool.

Standing Desks and Their Effects on Children

For two years, psychologists tracked their degree of concentration. They used indicators such as how frequently pupils took notes and how frequently they were distracted by a classmate. As a result, those pupils were more interested in a class by 12 percent to 25%.

Katie Caritey, a second-grade teacher at Mary Lee Burbank School in Belmont, Massachusetts, uses two standing desks in her class of 24 students. She has discovered that allowing her fidgety, lively, or even fatigued kids to walk about regularly during the day provides them with the best learning experience.

They remarked that utilizing a standing desk in school “makes the time go by faster and [their] work gets finished right away,” even with children who are not as restless.

Standing desks for students are becoming more common in classrooms today. Educators have a greater understanding of how movement aids learning in youngsters.

Many people have noticed that when children are restricted to sitting, they are more focused in class and have fewer interruptions. It turns out that having the opportunity to stand whenever they want allows individuals to let off steam without disrupting their friends.

This year is not like any other. Parents will need to prepare for a distant learning school year. This involves setting up an area for their kids to e-learn. In a classroom, parents may not have complete control over the seating arrangements. At home, however, they have an option.

Let us see it as an opportunity to inculcate better habits in our children that will last a lifetime. 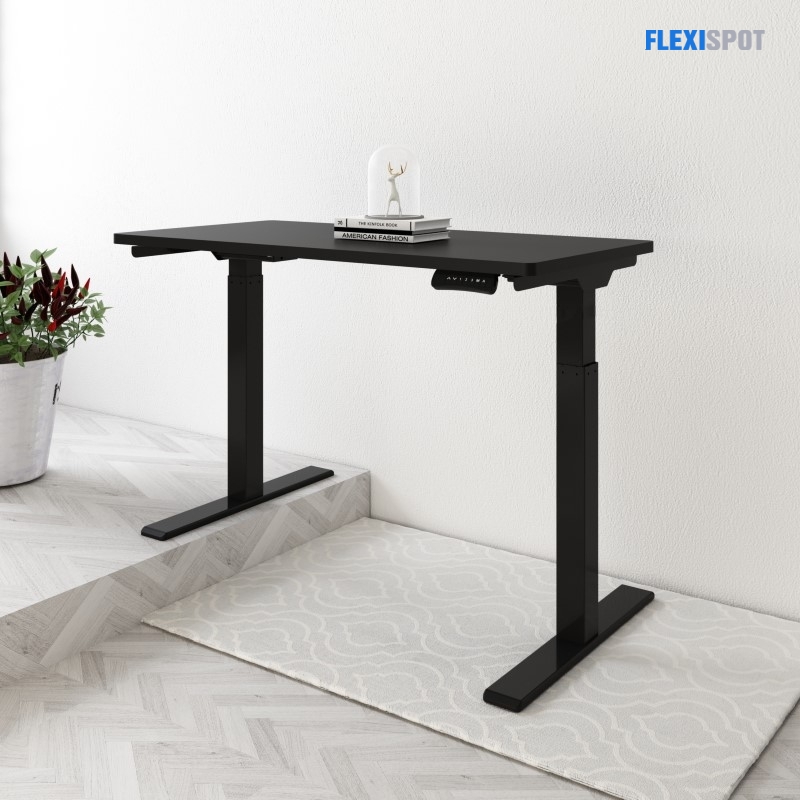 Getting a Standing Desk for Your Child

Introducing FlexiSpot’s Most Up-To-Date Model, Complete with A Self-Leveling System

The Electric Height Adjustable Standing Desk E2AL is a device that allows you to adjust the height of your standing desk. The standing desks' high-quality dual motors offer more powerful and stable movement in seconds while moving up and down and supporting up to 220 lbs. of weight capacity to support your daily work life.

This standing desk gives a great ergonomic sit-stand workplace experience and enhances your productivity and comfort by combining innovative functions at a cheap price.

It has a great quality frame with dual motors and a self-leveling system. Smart enough to adjust to an uneven surface of up to 13.8” between legs for extra desk arrangement flexibility. This desk will remain straight, solid, and firm whether it is put on the floor, carpet, or partially on a raised platform, ensuring comfort when working from home.

Standing desks are one of the most innovative workstations with high-quality twin motors, designed to meet the demands of North American ergonomic regulations. You can effortlessly save your favorite seated, standing, and under-desk cycling heights with three programmable presets.