All Blogs>Workplace Solutions>Blog detail>
Back
The Hurdles WFH Employees are Facing
Sep 03, 2021
834 views

In response to the COVID-19 outbreak, an increasing number of workers worldwide have begun functioning from home. Despite the fact that it has proved crucial in limiting the transmission of the illness, it has not been devoid of its costs and drawbacks. Because of the surge in the number of individuals functioning via their personal space, medical professionals had already witnessed a spike in the incidence of employment impairments that are specific to the domestic situation.

Having acknowledged that, specialists hope to comfort the distant worker that most of the issues may be avoided or mitigated by following a few basic measures to optimize the overall workplace environment from within the comforts of their own houses.

Throughout the event that employees work remotely, there are several preventative measures one may implement to proactively safeguard both bodily and psychological health.

Scheduled rests, preset a notification alert if necessary, are important, as is attempting to decrease overall computer exposure wherever possible. While at a break, search for opportunities to engage alongside individuals that are both appropriate yet physically remote. Whenever anyone observes any unusual or deteriorating wellness concerns, make an appointment with a healthcare expert. 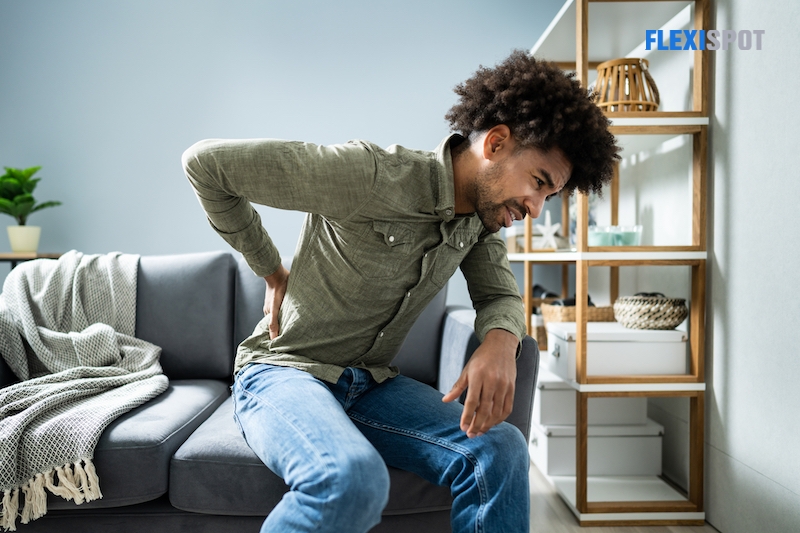 Bodily discomfort caused by a faulty workstation arrangement, a not conducive seat, or simply having to sit for long stretches of time is a prevalent concern among employees, whether at the workplace or in the residence.

FlexiSpot is a company that focuses on ergonomically sound workplace solutions for professionals who function from home.

It is therefore advised that we position the desktop around an arm's distance from the person and ensure both lower extremities are at a 90 ° inclination to improve the holistic alignment when working. Keeping away one's feet up from the sofa or in a mattress for an extended duration of time is indeed beneficial. Remember, this furniture is made for relaxing rather than working.

Although appropriate intuitive posture is vital, it is far more critical to stand up and walk around or switch postures at least several times throughout the shift. Experiment with alternately reclining at the living area chair or going to work at the bar countertop that accommodates the worker's height, which may also function as a stand-up workstation if you haven't already invested in a standing desk from FlexiSpot. Once when employees are feeling uneasy, never dismiss these feelings. Getting discomfort under control as soon as possible is critical to preventing it from becoming a severe recurrent problem. 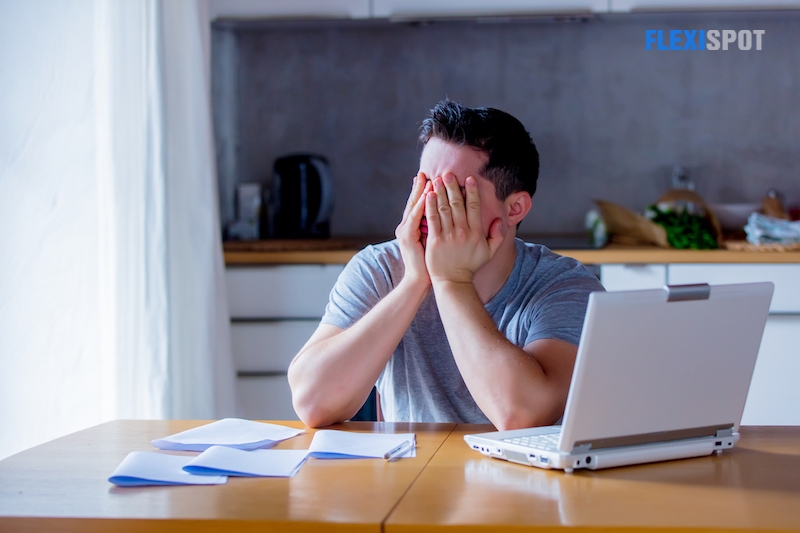 Most virtual employees have undoubtedly noticed that their eyesight is becoming a bit hazy or that individuals have experienced a faint migraine following spending hour shifts behind the desktop. Vision fatigue is a typical problem among teleworkers, and it is becoming increasingly widespread.

Virtual employees must keep in mind that prolonged staring at monitors is the primary cause for increasing visual fatigue among workers who operate via the online world.

Whenever individuals focus near, there exists ocular musculature which tense, and so whenever people step back, these loosen up. Because all people are accomplishing currently is on a display, there are far fewer perceptual pauses than in the past. Discussions are taking place through Skype, employees are composing emails rather than chatting to colleagues, and individuals are having meals before a computer display, as per a report. It really is suggested that people change the tilt of the monitor display so that it is slightly underneath the straight line of sight to assist reduce this vision impairment as much as possible.

One factor that contributes to optical rigidity seems to be the light source generated by displays, which could cause eyesight to become blurry. In order for a light source to concentrate throughout the top of the eyeball, it must strain more to maintain concentration upon that display when it is emitting this particular color. Electronic gadgets would be very pleasant to use if users don spectacles that block this from the screen.

Standing up and walking around could actually be beneficial for the eyes as well. A significant increase in the number of specialized eyewear prescribed has been by eye doctors. Such prescribed spectacles are designed particularly to help people loosen up the eye muscles when looking at a monitor.

Everyday throwaway contact lens is lighter and much more permeable than quarterly expendable ones if you want to wear these instead of spectacles. Some even alternate between this one and eyeglasses. The majority of ophthalmologists also advocate administering a moisturizer to alleviate parched symptoms. The usage of over-the-counter eye drops is highly recommended anytime people are performing persistent close labor for a long period of time.

Researchers had already discovered a number of characteristics across persons who function via online operations and are at heightened threat of medical complications. The majority of residences are never intended to be used as a workspace. The interior characteristics throughout the residential workplace have not been thoroughly investigated. An investigation of this nature demonstrates why a sub-optimal domestic habitat might result in migraines and chronic conditions.

An increasing number of individuals are spending extended shifts, and they seem to be no longer any restrictions on when they can come and go from the workplace. Folk's free period would be reduced as a consequence of the absence of planned working days, and as things are, humans are mingling very little and having less interpersonal engagement, therefore posing a significant concern for psychological wellness problems.

On top of having negative repercussions on one's psychological well-being, loneliness and reduced movement are also associated with abnormally high body mass index and diabetes. When there are insufficient office treatments, underlying medical conditions can deteriorate, and precautionary treatment may fail as a result, according to several experts.

On a positive note, several of the respondents of the research investigation claimed improved wellness as a result of their decision to operate virtually. Many people are least inclined to forgo lunches, rush, or consume junk now that they have greater authority about daily activities, like getting an increased opportunity on their hands owing to reduced commuting travel.

Alongside general betterment, the advantages of spending greater time staying and working at their personal residence can also include psychological health and potentially increased output. With many, having more opportunities to spend time with their kids and spouse implies better meal planning, and also enhanced nutrition, rest, and interpersonal interaction possibilities.