In 1869, John Wesley Hyatt invented the first synthetic polymer. It got everybody talking that for the first time ever, a human was able to create a material outside of nature. At that time, the demand for ivory was high but the morale of the industry was low with it seen as the killer of wild elephants. Plastic was marketed as a better alternative---it could take shape in many forms and it doesn’t kill any animals.

8 years later, Leo Baekeland created the first fully synthetic plastic. It lasts long, resists heat, and is suitable for mass production. Major industries pumped up research and development on plastic, a material that they believed would open infinite possibilities.

And it did become even more ubiquitous during World War II when resources were limited. Plastic was cheap and easily mass-produced that it became a top material used in military gear such as uniforms, parachutes, helmets, body armor, aircraft windows, etc. Plastic production in the U.S. increased by 300% during the war.

Today, the US is the world’s largest generator of plastic. But unlike its glorified image in its early days, plastic is now seen as the culprit of the world’s growing harmful waste. Plastic is made up of harmful chemicals that find their way into our marine and food ecosystems---polluting the oceans, dumping landfills, and being absorbed by our human bodies.

It was the plastic industry itself that introduced the concept of recycling in the 1960s. Because the material lasts for thousands of years, plastic that is no longer functional for its original use can be repurposed, recycled, and upcycled for a new life instead of filling dumpsites for centuries.

In the 2000s, the Ecobrick was born. Ecobrick or eco-friendly brick is a plastic bottle filled with other plastic waste inside that is used as a building material. It can be traced back to Susan Heisse who wanted to resolve the plastic waste accumulated at Lake Atitlán in Guatemala. Founder of Ecobricks.org Russell Maiaer has a similar story, creating a garden wall out of an ecobrick to resolve the waste in the Chico River, a water stream source of the Igorot community in the Philippines.

Eco-brick is now used as a material for furniture, walls, and buildings. 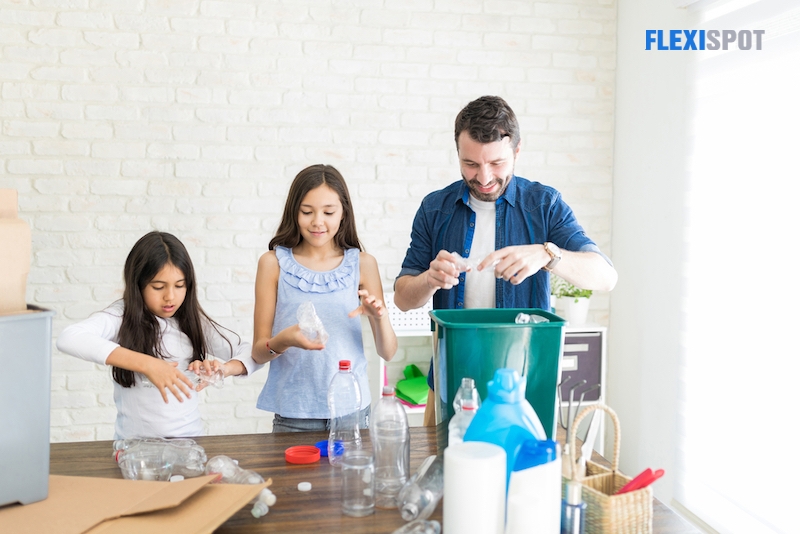 Why You Should Start Ecobricking

Eco-bricking will help you be mindful of the waste you consume and accumulate in your household. This information will affect your purchasing behavior in a positive way, avoiding these waste materials in the future. Of course, since you are repurposing used water bottles, you are preventing them from being dumped in landfills or being swept away into the ocean. While recycling helps the plastic problem, it’s not as clean as eco bricking because it requires technology and other resources.

Ecobricking is accessible to everyone and maybe done anywhere by anyone. If you’ve been wanting to contribute to efforts in mitigating the destructive effects of plastic in the environment, this is a good first step for you to try.

How to Make an Ecobrick

Making an eco brick is simple and a good start to work with is the waste you have at home. Collect clean and dry non-biodegradable waste around the house and stuff it in a water bottle until less than 10% of it can be squeezed. Ecobrick.org released a more comprehensive module featuring a step-by-step guide on how to make one. We try to summarize it below: 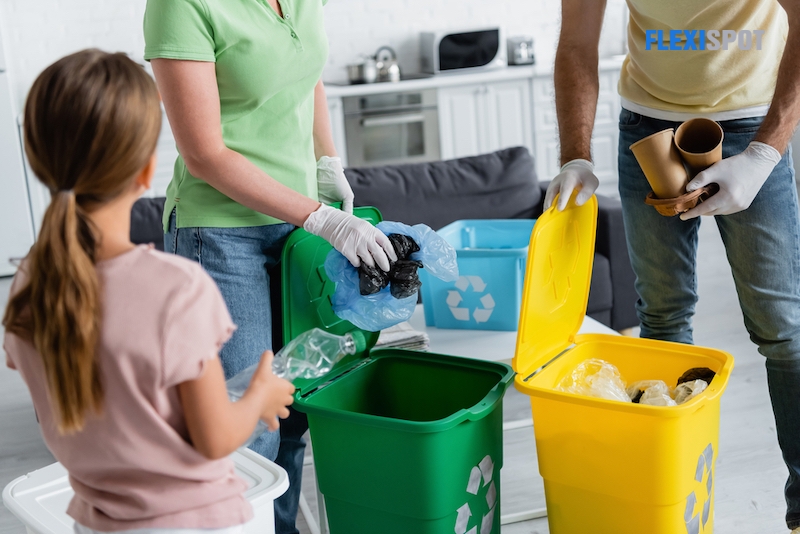 1. Segregate plastic from other waste accumulated. Wash off any dirt in the plastic and dry it out because this might cause microbiological growth and methane to form inside the bottle.

Note that cotton cloth, metal, paper, cardboard, glass, and organic material need not be used in an eco brick because they cannot be turned into microplastics anyway.

2. Choose your main bottle. According to ecobricks.org, identical eco brick sizes make up for sturdier buildings. Look into three considerations: the bottle’s availability, the volume, and the project the eco brick will be used for.

3. Prepare your stick. Called the magic wand of eco-brickers, its primary role is to make the plastic disappear. Bamboo and wood are the best options. The size depends on how big your main bottle is but the recommended measurement is the stick should be one-third the width of a standard bottle opening. Do not use sharp or ruptured sticks because it might just ruin your momentum if something arises.

4. Squeeze in the accumulated plastic waste inside the bottle. Do not push too hard as this may rupture the bottle and you would have to start again.

5. Weigh the eco brick to measure its quality. The weight vs volume will indicate the quality, it’s a good one if it’s solid, strong, and densely packed. Soft eco-bricks may just lead to the quick destruction of structural constructions and may even be a fire hazard because of the air pockets remaining in the bottle.

7. Record your ecobrick. Whether you’re doing it alone, with a friend, or your community, it’s important to keep everything on record, even those for personal use. A log should have the following information: ecobricker’s name, final weight, date and year of creation, intended project, and serial number.

8. Inscribe the same information in your bottle. Do not use stickers or paper labels as these will wear off at some point. You may use enamel paint, etch it into the bottle or put a label inside the bottle. Just make sure that whatever you use to inscribe is permanent.

9. Store eco-bricks inside your house, not within direct sunlight. Cover with cloth or anything that can protect the eco-bricks from accumulating dust and dirt. 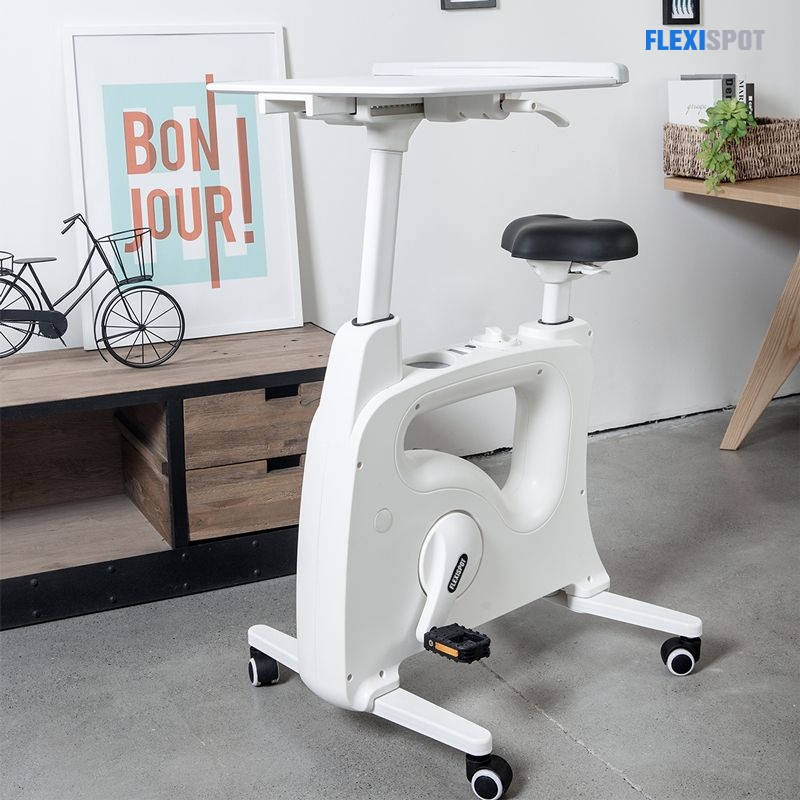 Featured products: Do not waste any energy when eco-bricking by using a desk bike while you fill in your bottle with non-biodegradable waste. You may use Flexispot’s All-in-one desk bike or the Bike Workstation V9 and pedal away while you create your building blocks. The resistance level and the seat of the bike are adjustable so feel free to customize accordingly. 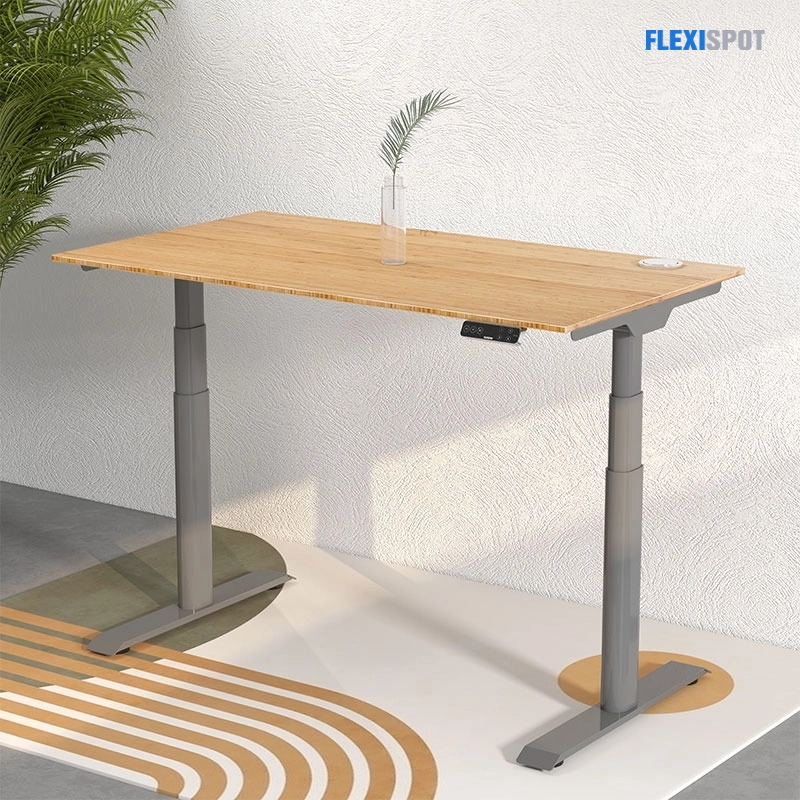 When you’re keeping a log of the eco-bricks you’ve made, you may temporarily place them on top of Flexispot’s Kana bamboo Standing desk. It’s spacious with a standard desktop size of 48” x 24.” It can also carry 220 pounds up to 275 pounds.