All Blogs>Flexispot Story>Blog detail>
Back
Ergonomics History: What You Need to Know
Aug 01, 2022
194 views

Ergonomics can be defined as the process of arranging or designing workplaces in such a way that it allows the employees to work productively without compromising their health. 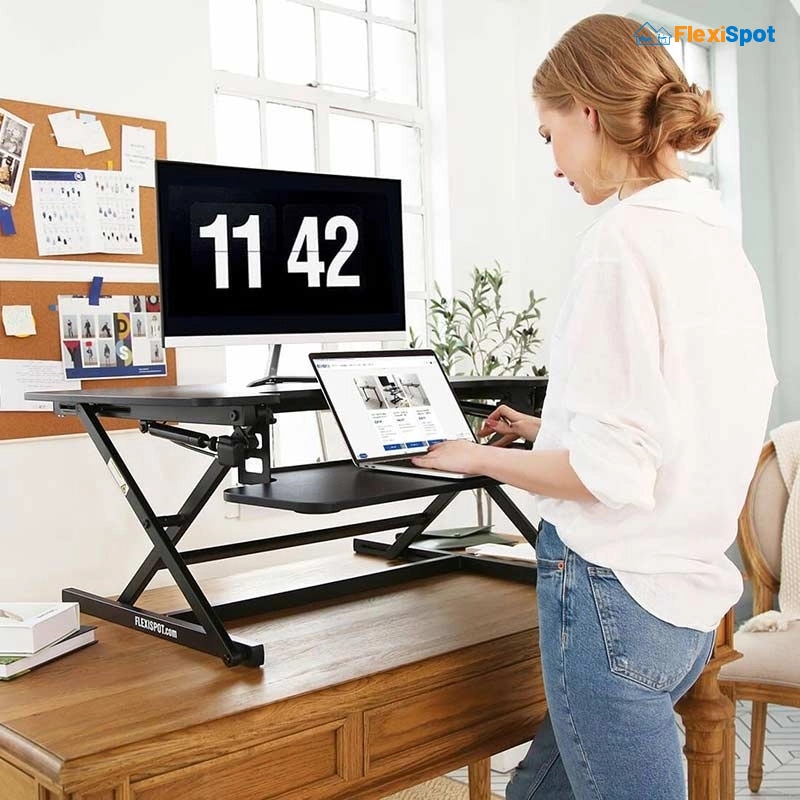 A Brief History of Ergonomics – Overview

Basic ergonomics has been around for a long time. It all started when the early ancestors of modern man started creating primitive tools that helped facilitate tasks. However, modern-day ergonomics, which we know today, started in the 1940s. It was during this time that ergonomics arose as a scientific field. However, the word “ergonomics” was first featured in a publication in 1857. Written by Wojciech Jastrzebowski, the word was featured in the philosophical story; however, it was not until 1900 that the first concepts of ergonomics were applied to help modern workers perform their tasks more productively. While the world was already a long way following the industrial revolution, the industries at that time still required a lot of physical labor from its workers, which is why there was a need for a scientific approach that could help workers perform labor-intensive tasks without compromising on their musculoskeletal system.

At that time, the machines and equipment of the factories and industries started to be built with design considerations making the tasks easier and less labour-intensive for the workers.

However, in the modern sense, ergonomics came out as a result of military necessity during World War II. There was a need for military equipment, machinery and weapons - specifically aircraft- to be more precise and mechanized to save more human lives during the war. The primary focus was on improving machines by applying more modern technologies because the world witnessed several accidents during the war, primarily due to poor design. The era following World War II marked the beginning of the study of ergonomics.

It took another two decades to extend the discipline to various other industries as economics expanded. From the 1960s, the discipline extended to the use of computer hardware and software and, overtime, included automation and adaptive technology in 2000.

The science of modern-day ergonomics is not just limited to automation and improving design but also extends to the prevention of physical health problems resulting from the working environment. Today, the broader field of ergonomics encompasses almost every aspect of modern work-life, including but not limited to an ergonomic design level. 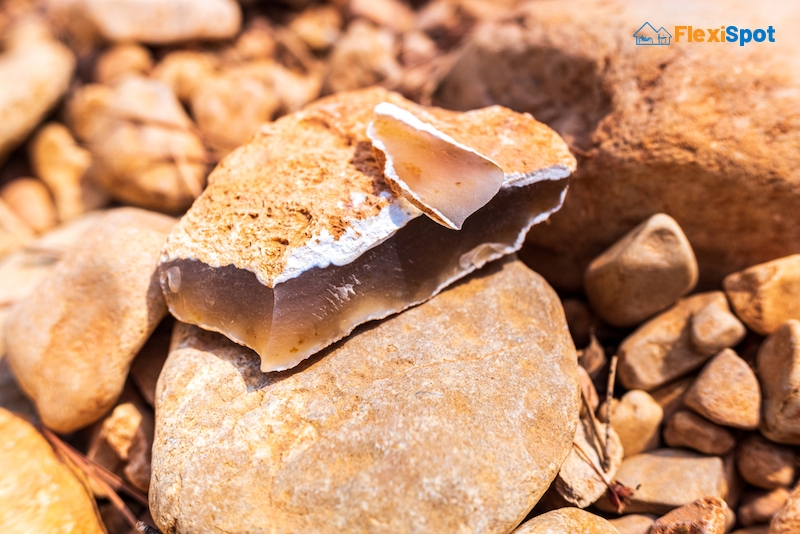 Ergonomics – How It All Started?

The need for good design for anything that humans use is innate, which is why early humans realized the significance of good design between humans and tools. And that’s precisely why we say that the history of ergonomics dates back to the time of the earliest humans.

The earliest humans selected useful stones which served as the right tools for hunting. Moreover, they also learned to make spoons of antelope bones, which clearly indicates that humans wanted to select and create objects that make tasks easier for them.

Today, we have found archaeological evidence of tools, hunting equipment and other implements, which are remains from the earliest civilizations of the Egyptian dynasties and ancient Greece. These man-made tools were an indication that even the earliest man was sophisticated enough to create design tools that make tasks easier for them. 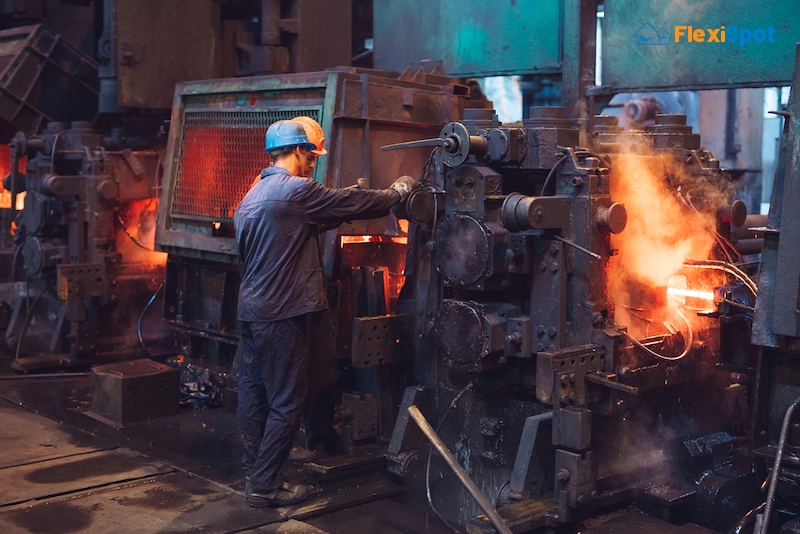 The Evolution of Ergonomics in the 20th Century

As mentioned earlier, the word “ergonomics” was first used by Wojciech Jastrzebowski in a philosophical narrative "based on the truths of science nature" in 1857. However, it was not until the 1900's that the initial concepts of ergonomics were used to help workers operate and perform their tasks more productively. Back in that time, industrial processes were heavily dependent on human assistance and power, which is why there was a need for ergonomic concepts that could help improve the efficiency of the workers.

Following the industrial revolution, as the processes and machines began to mechanize, machines like the spinning machine, which manufactures threads to make cloth, and rolling mills used to iron thin-sheet minerals were introduced. However, there was also a need to improve the mechanized processes, which served as the primary motivation for most aspects of ergonomics.

During the 20th century, Frederick W. Taylor can be considered a pioneer of the approach who evaluated processes and worked to determine the best way to accomplish certain tasks. At one of the industries, Bethlehem Steel, Taylor conducted an experiment that significantly increased workers' output and wages. The experiment combined the use of shovel on lifting different types of materials that needed to be moved, such as minerals, coal and ashes. The results indicated that the job can be performed more efficiently and less stressfully by incorporating tools and processes.

Most of the ergonomics of the 20th century revolved around increasing the speed and efficiency of production instead of making the production process smoother for the workers. However, with World War II, a need for improving processes to make them easier for the workers arose, which pushed the researchers in the field to take the next steps. 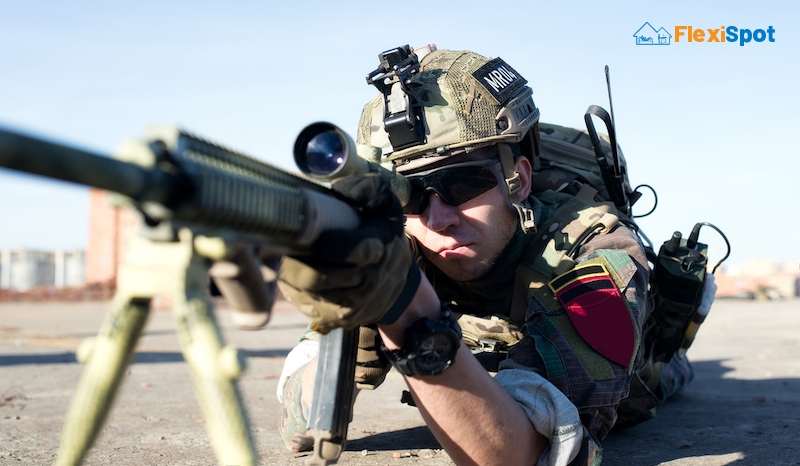 Ergonomics in the Era of World War II

During World War II, the need to make the processes comfortable for workers arose as a military necessity. There was an increased need for sophisticated military equipment; however, the production process needed to be seamless enough to avoid poor design or poor manufacturing.

A couple of air crashes at that time were proof that poor or illogical design concepts that did not consider the body of the user (humans) were meant to be a disaster. That served as the beginning of the study of the human aspect related to ergonomics. 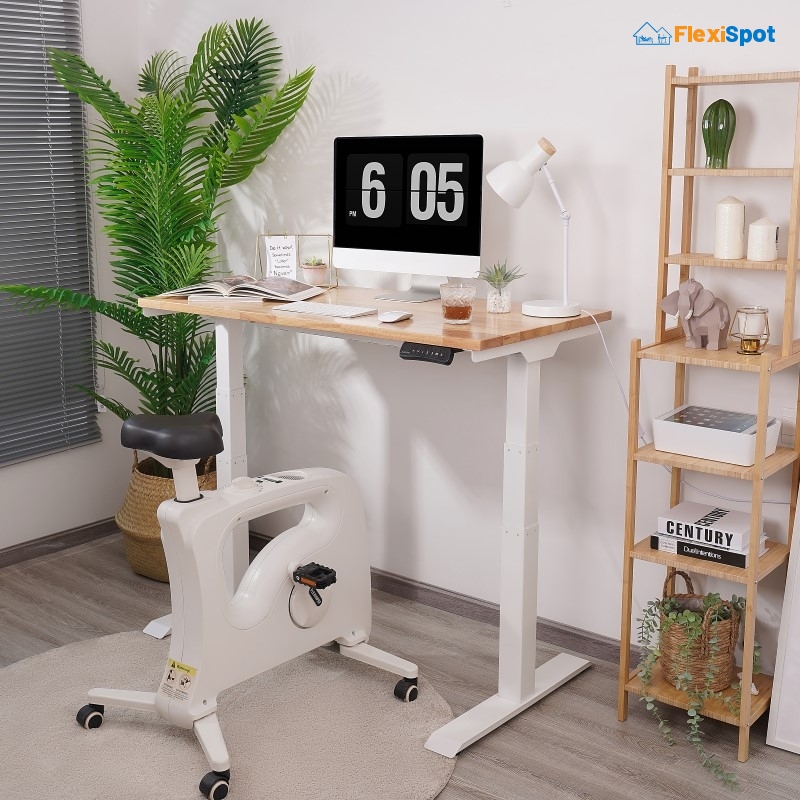 Today, ergonomics is a combination of several disciplines ranging from design and engineering to human psychology and physiology. Modern-day ergonomics is a broader field with more focus on preventing health problems.

As automation became the new normal and industries required lesser intervention from humans, how the workforce now functions in the workplace has changed tremendously. An increasing workforce now spends hours sitting at their desks working in front of screens to ensure that the processes are taking place seamlessly. However, prolonged sitting comes with a unique set of challenges, so there is a greater need for setting up ergonomic workspaces that can make prolonged sitting a comfortable experience for the employees.

To make the work experience more comfortable for the employees, an increasing number of industries are investing in ergonomic furniture, including ergonomic office chairs and height-adjustable standing desks like Willow Solid Wood Standing Desk that can significantly help in reducing the negative implications of prolonged sitting. A height-adjustable standing desk allows workers to switch between sitting and standing so they do not strain their musculoskeletal system while working on the screen. 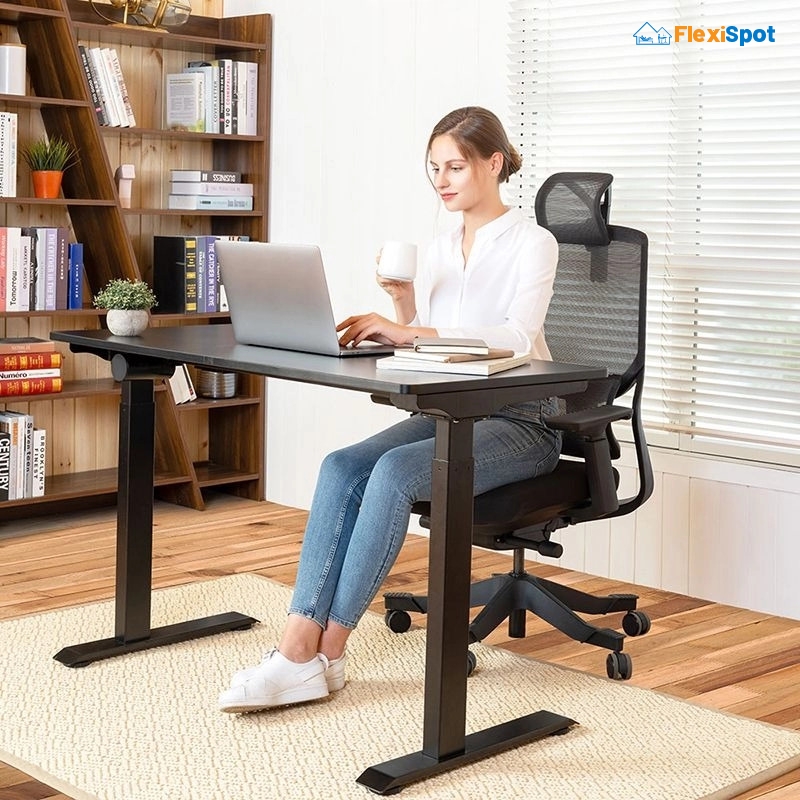 Ergonomic During the Pandemic

The COVID-19 pandemic is a relatively recent phenomenon that has further changed the normal way of working. As an increasing number of employees are now working from home, there is a raising need for setting up a designated home office with an ergonomic office chair and height-adjustable standing desk so you can make your work from home experience more comfortable without straining your musculoskeletal system.