Do you love pets? I personally think almost every household has a pet or even two. Of the world’s population, 57 % are dog parents while 23% are cat parents. Cuddling with our pets, whatever species they are, makes our lives happier and more fulfilling. Pets, whether consciously or not, have the power to lighten up human lives because they bring joy to others. For example, there are “doctor dogs” whose duty is to visit patients in hospitals and give them comfort and a sense of hope despite not being in good health.

There are various reasons why people own pets and these are some of them:

1. They love pets and long for their companionship.

2. They meet other pet owners (who eventually become friends or even business partners) and find playmates for their pets.

3. They own a pet breeding business.

4. They are bored and owning pets excites them and gives them something to do. 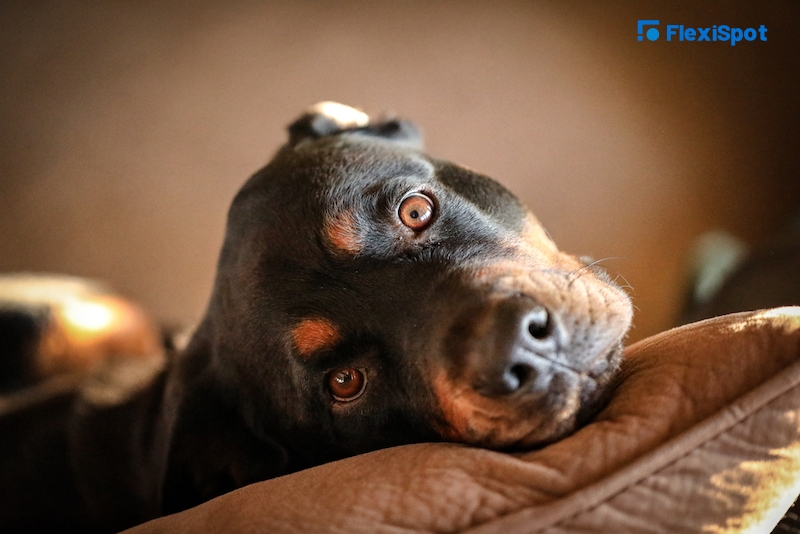 I used to be a pet parent. I did not grow up loving them but there was this one time that changed my longing for one, especially dogs. It was when my nephew brought home an old female Rottweiler and I kid you not, as soon as the dog entered the door, she captured my heart in a matter of a few tricks, petting, and cuddles. Even though she was already in senior dog years, the Rottweiler’s mind remained sharp and quick. But in an unfortunate turn of events, she developed hip dysplasia that could eventually lead to cancer. A few months after the diagnosis, Christy, as we call her, developed swollen hips, making it difficult for her to walk and eventually lose the ability to stand and walk. The vet delivered us the bad news: she already had incurable cancer. She was in pain but we could not bring it to ourselves to decide when she will die. We said no when the vet suggested putting her down.

To the best of our ability, we took care of Christy until those dreaded days of not being able to stand anymore came. It was devastating, to say the least. Everyone loved Christy, the very good dog, smart, and quick to pick up every word said to her. We even tapped into alternative medicine and used herbal medicines such as spirulina to lessen her pain. Her death was waiting though; cancer had already spread and her leg was swollen to the core. When she passed away, I could not stop crying for days, weeks, and months. I vowed then that I won’t ever own a pet again—although we do have a cat who was also behaved and generally good. 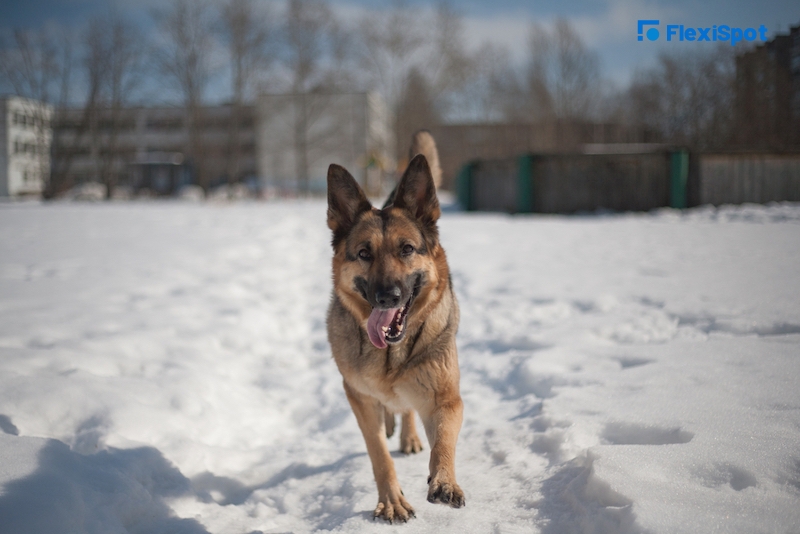 But my nephew did not have this rule for himself. He brought another dog to our family, an old one again but this time a good shepherd breed. She was given to us to breed and have puppies later on. We did make money out of breeding the dog but after some time elapsed, we wanted to give her an enjoyable life that does not require her to get pregnant. But on her last pregnancy, she suffered from a hemorrhage that the vet was unfortunately not able to treat. She passed away.

After her death and another sad experience, I surprisingly had a different mindset. I was hoping to have another dog. I realized that having pet dogs is quite a different experience. They are so loveable, loving, loyal, and funny with their antics and tricks. Dogs are smart and teachable. And in their own way, they very much teach us as well how to love unconditionally. I now understand why they say that “dogs are man’s best friend.” 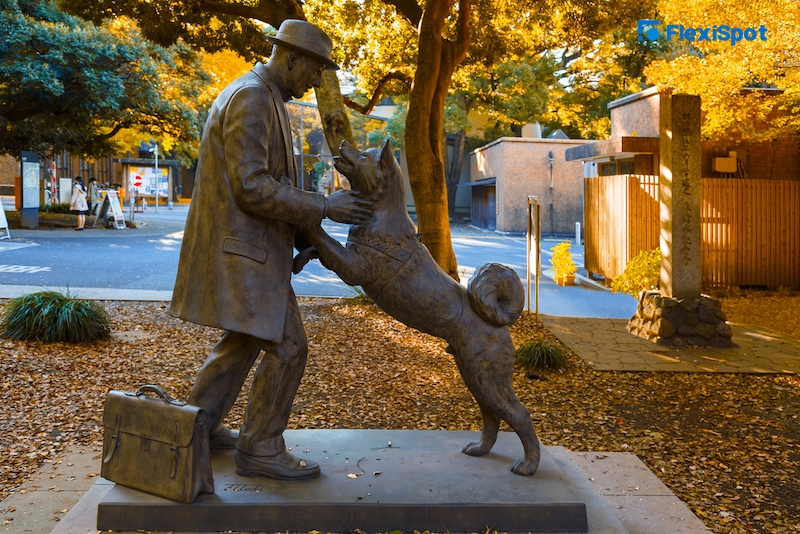 There are even some dogs who have become popular because of their honorific and heroic acts. Some are fictional but have inspired a lot of people through their beautiful stories. Here is a list of some of them:

1. Lassie was a fictional dog character who starred in a 1943 TV movie that goes by his namesake. It was played by a collie. Inspiring and wholesome, it is a perfect series for the whole family.

2. German Shepherd Rin-tin-tin appeared in about 27 movies that rose him to stardom, even almost winning a prestigious OSCAR award. He died in 1932, but his legacy continued on. Even after his death, there were many movies about the same dog character.

3. Hachiko, a Japanese dog (Akita), was honored for his outstanding loyalty to a university professor in a Tokyo University who he might as well consider his father. He did not know that the professor died so he waited every day at the train station for him to return. He eventually succumbed to his own death, too.

Animals also have human feelings. They could feel how we take care of them or how cruel we are to them. Pets, although animals need our care and attention like what we give to the people we love including family members, children, and friends. 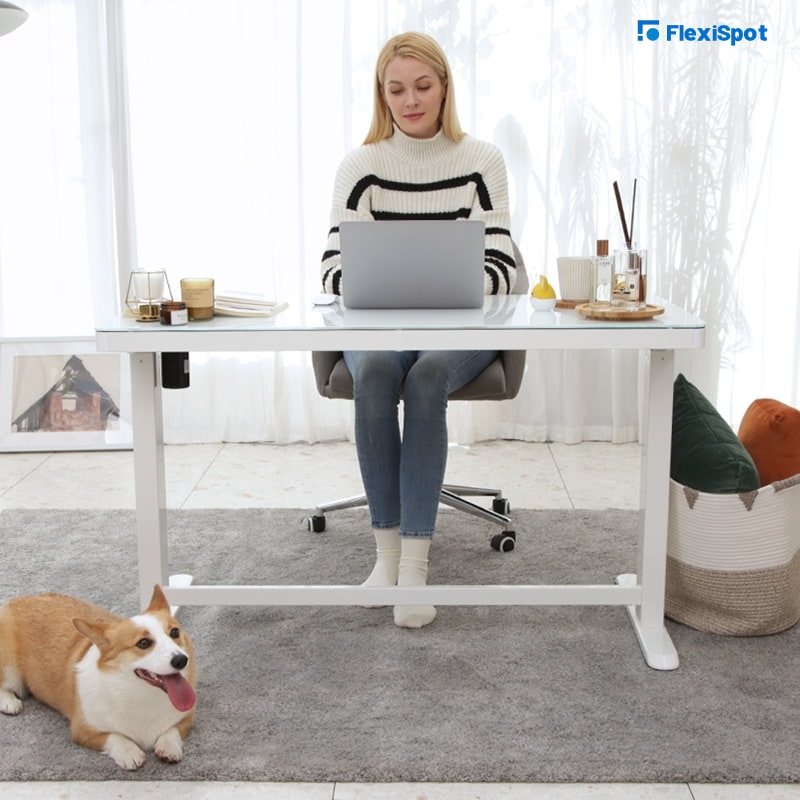 Because COVID-19 is still around, we still stay more at home than we used to. Companies have developed hybrid setups for their employees wherein they report to the office at only selected times. This particular benefit was well-received by many employees. Some employees enjoy working at home because they are able to see their loved ones and thus motivate them to work harder. When you are emotionally satisfied, the more you become efficient and more focused on your job which results in producing more quality outputs.

On the economic side, some telecommuters love that they spend less and are able to save more money with fewer expenses on gasoline, food, and other bills.

Others prefer the work-from-home setup because they could do other things in the house while on break. They have a lot of fun playing with their pets during break times.

For example, your extra-large work desk can give space to your cat who loves to hang around with your computer and essential office supplies including staplers, pad papers, and pens. A corner of the table could be dedicated as your pet’s temporary space until the time you log out of work.

Flexispot has extra-large desktops that your pet will surely love while you work at home every day. It even offers desks with spacious drawers like the Comhar All-in-One Standing Desk where you could store your desk essentials, giving more room for what you use in your desk and your cat who loves to hang out there while you finish work.