All Blogs>Workplace Solutions>Blog detail>
Back
How to Improve Gender Equality in the Workplace
Mar 14, 2022
503 views

For businesses to thrive in the modern age, they need to have a diverse and inclusive workforce. Gender equality is essential for this goal, but unfortunately, the workplace is still not equal for men and women. On any given day, it's not hard to find examples of gender inequality in the workplace. Whether it's unequal pay for equal work, or a lack of women in positions of power, intimidation in the form of harassment (e.g., sexual), and dangerous stereotypes that make the work environment a hostile one.

There is still a lot of work to be done to achieve true gender equality in the workplace. But despite these challenges, there are many things that employers and employees can do to help improve the situation. In this blog post, we'll explore some of those things. So read on for tips on how you can help make your workplace more equitable for everyone, regardless of their gender identity.

What is Gender Equality, and Why Should We Strive for It?

In a nutshell, gender equality is easy to access to opportunities and resources, regardless of gender. This includes areas like equal pay for equal work, making decisions about our own lives, and having access to education and health care. Ending gender disparity should be our common goal, not only because it’s fair, but it also has massive benefits for societies and economies as a whole.

Since the beginning of the women's rights movement in 1848, the fight for gender equality has come a long way. However, despite the progress made, women are still grossly underpaid and underrepresented in senior positions in government and the private sector. Despite making up over 50% of the population, there’s still a gender gap in many organizations. Women earn 82 cents for every dollar that men earn despite performing at the same level in the same role.

There are several reasons why we should strive for gender equality. First, it's simply the right thing to do. By right of birth, women, men, and people of all genders are entitled to the same level of respect and opportunities. Second, achieving gender equality has great potential in improving economic outcomes for everyone. When women have the same access to education and employment as men, economies grow. And third, achieving gender equality is essential to realizing human rights for all individuals. Until all genders are treated equally, we cannot claim to have fully realized human rights for all people.

The Importance of Gender Equality in the Workplace

Here are some of the many benefits of gender equality in the workplace: 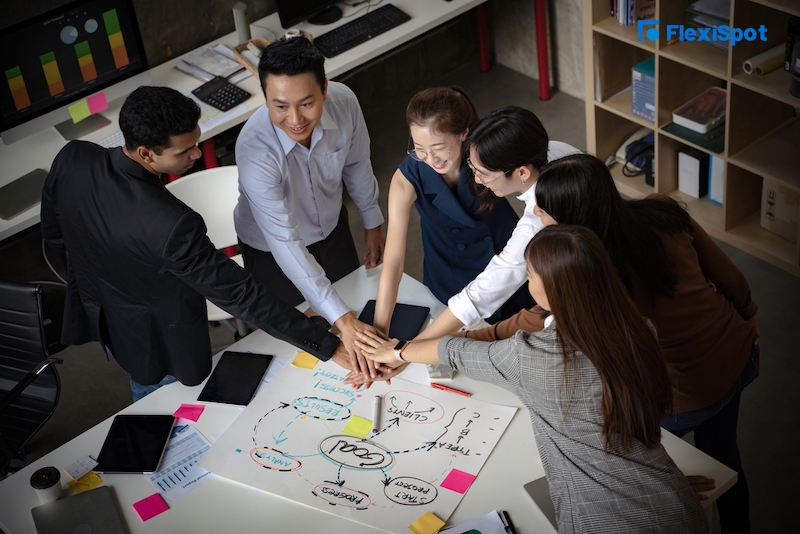 Regardless of gender, leaving more than 50% of the population out of your organization is detrimental to your operations. They represent talents and abilities that remain untapped. A gender-equal workforce is more resource-inclusive and in turn, is more productive. When people feel included and safe, it creates a work environment where everyone can aim at thriving and bringing out the best of their abilities.

A gender-equal workforce is also more diverse. The varied opinions and approaches that come from diversity lead to more creativity and better execution of tasks companywide. Getting a crack at this untapped potential can be good for your bottom line. If everyone shares a similar background and is subject to the same influences, then there’s no one to challenge the status quo. 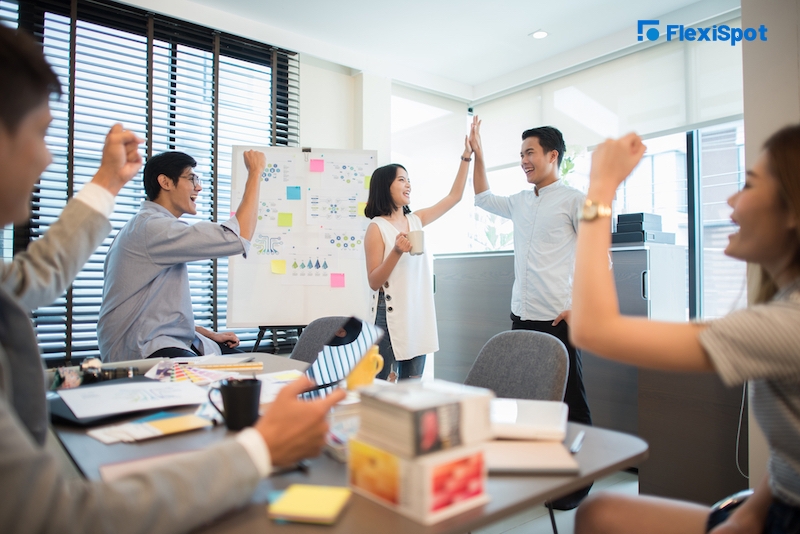 A gender-equal workplace is one that is free from dangerous stereotypes and harassment. Studies show that women struggle with harassment not only from their seniors but also from same-level and subordinate workers. A healthy work environment is one that is safe, and that encourages employees to speak up whenever there’s a problem.

On the other hand, gender equality not only benefits women. Traditionally, there are roles and professions that have been associated with specific genders despite interest and qualification. Gender equality ensures that roles considered ‘masculine’ or ‘feminine’ are assigned to those who are skilled and interested.

Companies that are inclusive and take care of their employees tend to have a lower churn rate. A lot of time and money goes to recruitment, resources that would be better spent elsewhere to ensure you retain talent and keep operations running smoothly. Constantly evaluate your operational policies to see if certain policies are more or less favorable for a certain gender if you’re experiencing high turnover rates. 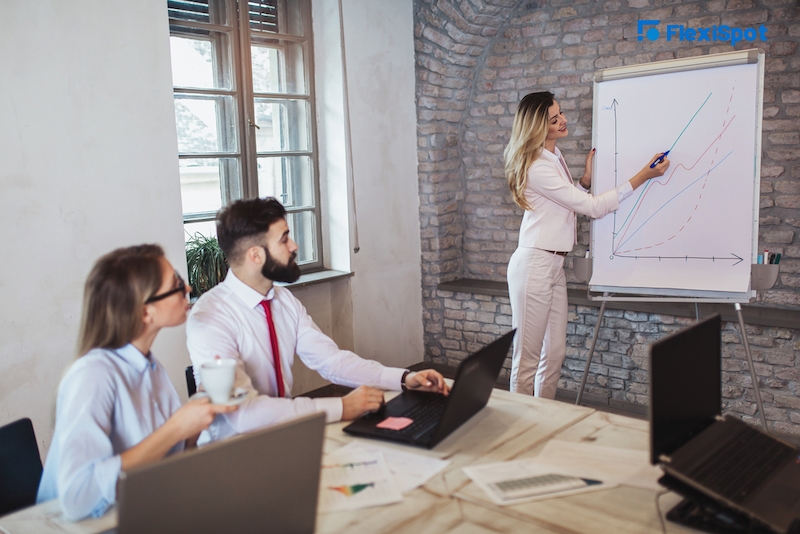 Most organizations' services and products are marketed across the gender divide. So rather than wait until it’s time to take the product to market, including all genders in the process will save time and money and allow the organization to streamline products or services to suit everyone. You’re more likely to support a company that knows what they are doing. According to McKinsey, the most gender-equal organizations tend to see a 21% increase in their profitability.

In this day and age, it’s not enough to have a good product or service. People care about company ethics, your organization's social impact, and whether or not you take care of your employees. This is not only attractive to customers but also to employees and investors.

According to a study by PwC, an overwhelming 85% of female millennials look for companies that are diverse. With the presence of social media, people freely talk about their job experiences and how their employers treat them. Being gender-equal in this case is, therefore, a great recruitment tool.

Tips For Employers to Improve Gender Equality in the Workplace

These are some of the steps you can take to achieve gender equality in the workplace: 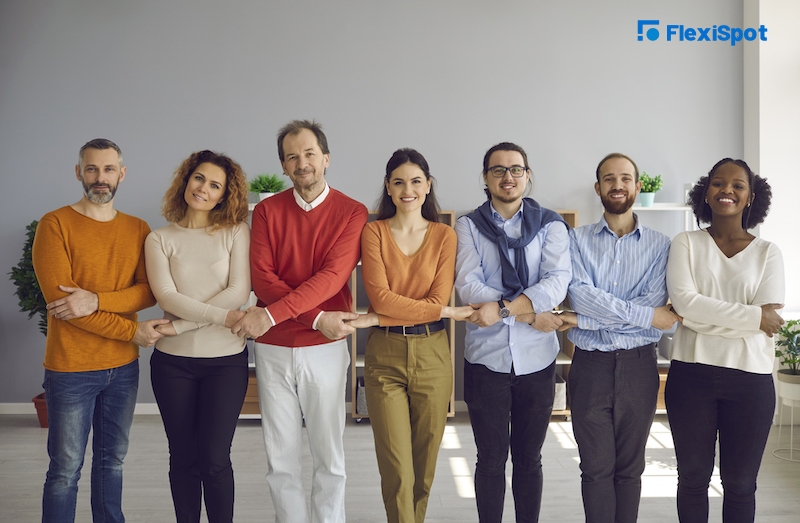 Policies in the workplace are often informed by these unconscious biases that do a disservice to women. When women speak up against it, they’re considered aggressive and hostile. They are also more likely to be stuck in the same positions while their male counterparts advance and are also more likely to receive negative performance evaluations.

For instance, women in a male-led team in what is considered a male-dominated industry are likely to be overlooked for commendation for any successes the team achieves and blamed for its failures. But, this is a double-edged sword. A man in traditionally feminine-roles such as daycare, secretarial roles, etc., might be overlooked or dismissed as being incompetent without really getting a chance.

To combat this, organizations need to hold training sessions and seminars for all employees, even those in management, to educate them on unconscious biases and gender stereotypes and the harm it causes to employees.

As it stands, women earn 82 cents for every dollar men earn. The percentages vary depending on the women's role, race, and sexuality. For instance, minorities are likely to earn less than their white counterparts. Heterosexual women are likely to earn more than lesbians and bisexual women. Conducting an audit of your payroll will let you know if you’re compensating all genders fairly.

To fix this, you can start by being transparent about the wages of each role. Don’t base women’s pay on their previous salary because it’s likely they were being underpaid there as well. You can introduce a pay range that ensures that even the minimum amount is fair. The range allows for unique scenarios, such as where a candidate is more qualified. That way, both male and female employees who hold the same position and are equally competent are paid the same. 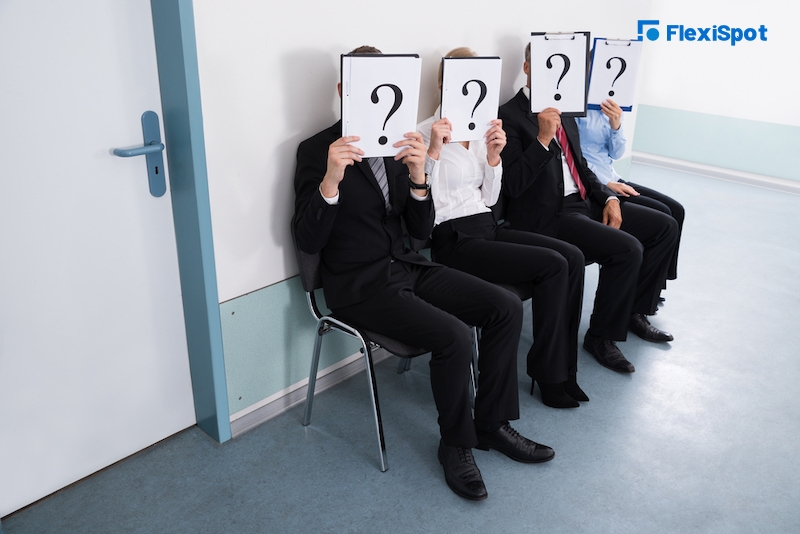 Many organizations don’t have a gender-diverse workplace because of the conscious and unconscious biases held by the hiring panel. It cuts across the board; women may be rejected for leadership roles because they aren’t ‘aggressive’ enough, while men may be rejected for support roles because they aren’t ‘feminine.’ Either way, none of these candidates is being judged based on their competency.

Review your job postings to make sure that they are free of gender-based stereotypes, and consider conducting blind interviews to reduce the impact of personal biases. The process of reviewing applicants’ resumes should be gender-blind so that candidates are chosen purely on their qualifications. You can conduct online personality tests to get the right fit for a role without asking about their gender. All candidates should be treated equally and asked the same set of questions regarding the role they’re interviewing for.

Zero Tolerance for Discrimination and Harassment

Despite gender discrimination and sexual harassment being illegal, they are still very pervasive in work environments. As an organization, you must take proactive steps in ensuring that this behavior is not tolerated. Ensure there are proper channels for reporting and investigation of such allegations. You should also provide measures to protect victims or whistleblowers from retaliation and victimization.

Establish programs to educate all employees on what discrimination and harassment look like and what appropriate behavior is at work. Re-emphasize the firm stand that the organization will take against such claims and ensure that every claim is investigated thoroughly. This will encourage employees to take the matter just as seriously and to consider their words and actions more closely. 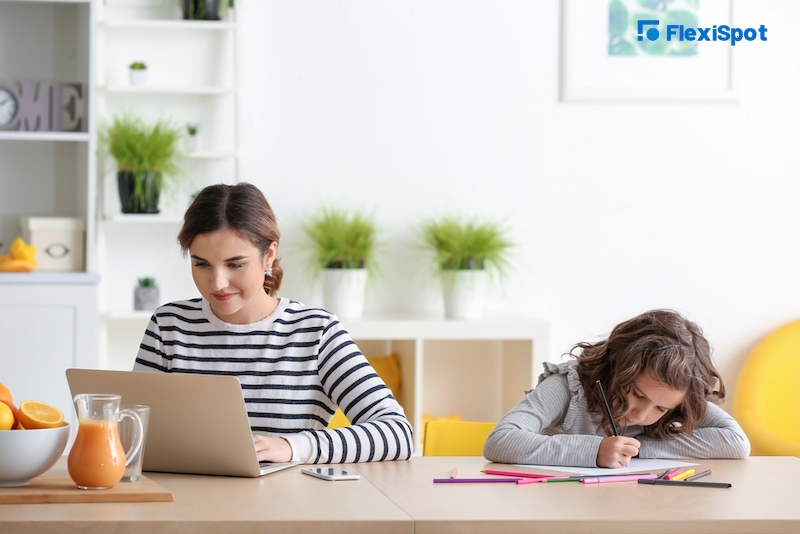 Women generally tend to do a lot of unpaid care work. As such, a woman’s likelihood to settle down and have children affects how much they are paid because of the bias that they won’t be as available as their male counterparts.

So one solution would be to introduce equal parental leave for both men and women. It encourages an equal distribution of labor at home and at work allowing men and women to plan their lives around family and work.

Additionally, introducing flexible working conditions, such as part-time hours, remote working, compressed hours, etc., will help increase productivity because both men and women prefer a work situation in which they have a little bit more control of their time.

Encouraging initiatives such as women offering mentorship not only to other women but to men as well can help garner empathy for the barriers that women face in the workplace. Additionally, it can help men confront some of the unconscious biases they hold regarding their female colleagues. It also challenges some stereotypes, such as women can’t lead or are only capable of offering silent support and silent submission.

The fight for gender equality has come a long way, but there is still more work to be done. We need to continue working together to break down the barriers that prevent women and girls from achieving their fullest potential. To ensure that your organization achieves this, hire candidates based on their skills and qualifications. Introduce a standard wage range for each role to ensure that women and men are paid equally and fairly. Take a stand on discrimination and harassment and educate employees on the same. Also, educate them on gender stereotypes and biases.

Promoting a flexible working culture and supporting inclusive initiatives will result in a more cohesive work environment. Employees will feel valued and are therefore likely to stay with your organization. Not to mention, the organization will experience an improvement in profitability and company reputation, all due to a healthy work environment. We hope this nudges you in the direction of ending gender disparity and adopting a more inclusive mindset.