All Blogs>Fun & Engaging>Hobbies & Entertainment>Blog detail>
Back
Reasons to Pick up a Film Camera Today
Oct 21, 2021
1017 views

You might say why go film when everything is already digital nowadays? And besides, isn’t the film already dead? Who even looks at photo albums anyway?

And with the earth’s alarming climate change crisis, the last thing you want to do is to add to the world’s growing waste through film rolls and paper just for you to capture memories you could have done through a digital device.

While some of these may ring true, film cameras have actually sparked an interest among young individuals and have created an all-new market for it. The film is not dead, in fact, it’s even trendy this 21st century. Yes, it may be an additional waste with the use of film rolls but you may always use film rolls more than once (for a double or multiexposure effect) and then recycle them as room decor. What enthusiasts also do now is not print their film rolls anymore after getting developed. The rolls are scanned and saved in hard drives or USBs.

So why go film if we’re saving digital copies of it anyway? One is because it looks good and two, we listed reasons below that will hopefully convince you that a film camera is a worthy purchase. 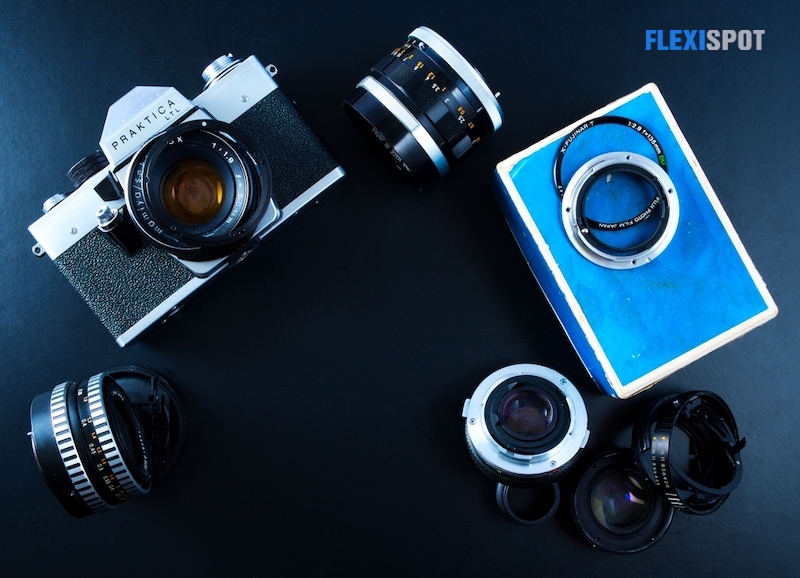 1. Film cameras will give you an idea on how photos are taken.

If you want to understand the basics of photography more, such as shutter speed and aperture, you’ll be able to do so by having a film camera. You could disassemble the camera, take note of the mechanical parts and see how they work manually.

Open the camera and you’ll see the aperture at the center of the film compartment. The shutter speed you’ll choose will be the exact time your shutter window opens and closes. Turning on the aperture ring will make you see how much light it absorbs and allows into the camera. These concepts are very basic especially for expert film photographers but seeing how it works with your two eyes can make you appreciate the craft even more and understand how it works. 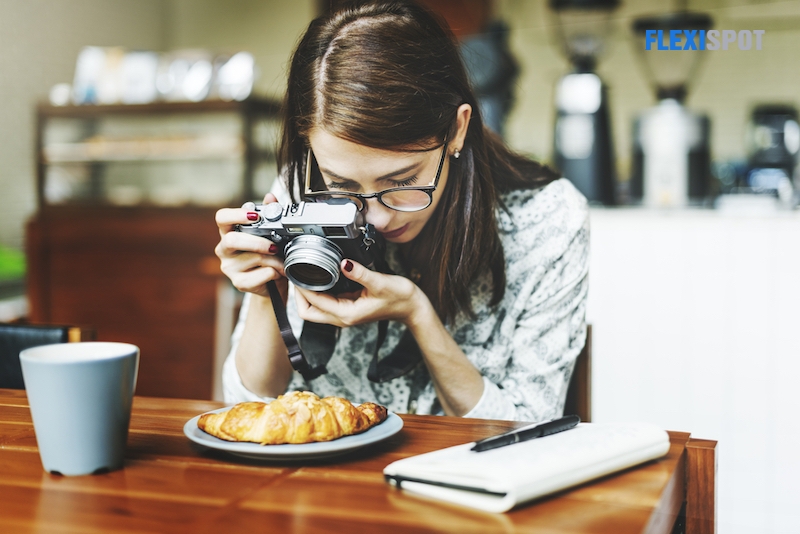 2. You will develop a meticulous attitude.

Of course, you are running only on a few shots, depending on the roll that you bought. This means that every shot matters. You would have to make active decisions all the time such as getting the right composition and angle that you want. You can’t repeat it so you have to make sure you’re getting what you want before you press the shutter button. You will also be forced to understand every single part of your film camera.

Let’s face it. Digital cameras have made us into lazy photographers. Beginners and experts alike don’t even have to think about settings anymore because the automatic features would allow anyone to capture a good quality photo. Having a film camera will force you to think about your shots more mindfully again. 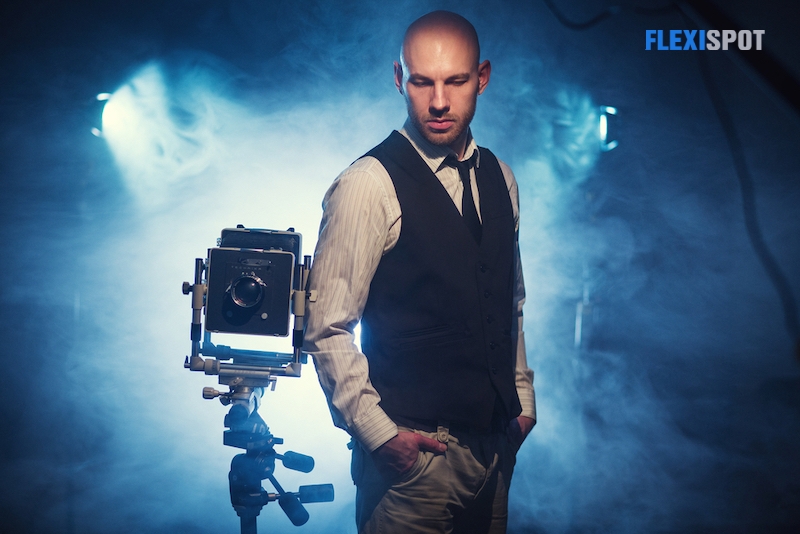 3. Film photography will teach you about lights and colors.

For many photographers, getting the right lighting and the correct color is one of the hardest to nail. You will understand this better if you have a film camera to practice on. The chemicals in the film affect how it will render light and color. You would find yourself experimenting with different film stocks and eventually become familiar with their variations. This can be your competitive advantage is taken to a professional setting.

Different film types have varying sensitivity levels. Some will create the sharpest photos that can even look like digital images while some are more subdued. The developing process can also impact color and exposure intensity. You may experiment also with these in order to get your desired color or photo treatment. When you buy more film rolls, you’ll know which ones you want to have in very specific situations such as low-light settings or a sunny day. It’s definitely a cool craft to learn.

4. You will be gifted with an element of surprise every time you will have your roll developed.

You will never know exactly how your photo will come out and that will make this hobby, passion, or profession even more exciting. You may even experiment with very old cameras or used film rolls to get those cool images with bad exposure, light leaks, soft focus, vignettes, and multiple exposures. Expired film rolls degrade differently so if you can get a hold of one, it’ll be nice to experiment within coming out with beautiful images. These can create works of art that you would have never imagined you will be able to produce. It is what film photo enthusiasts like to call as “happy accidents” that of course, a digital camera won’t ever be able to capture. Be unique and start shooting more! 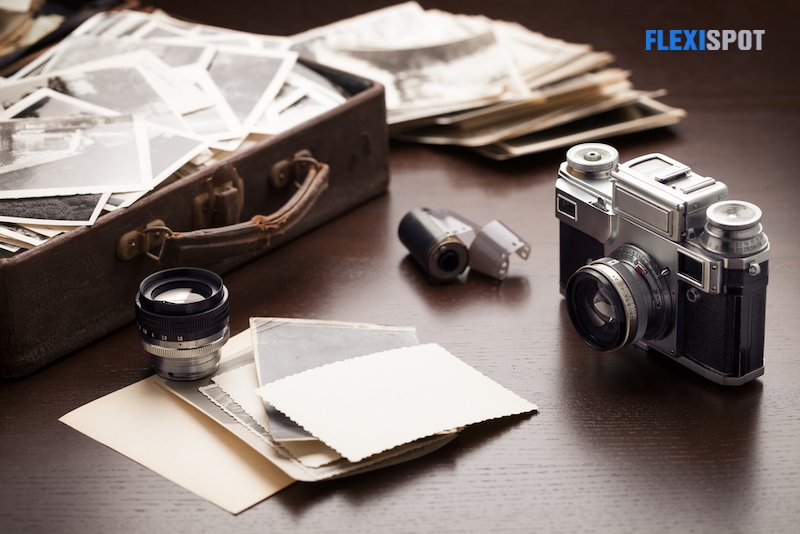 5. Film photography can be more than a hobby.

Because of your interest in film photography, you can actually turn your mastery of the craft into a side job, or who knows a full-time profession. Just build your portfolio. Take as many photos as you can and turn this artistic pursuit into extra dollars for you. If you don’t want to monetize your hobby in fear of sucking the creativity out of it, then choose projects that you are only comfortable with and that gives you creative freedom. 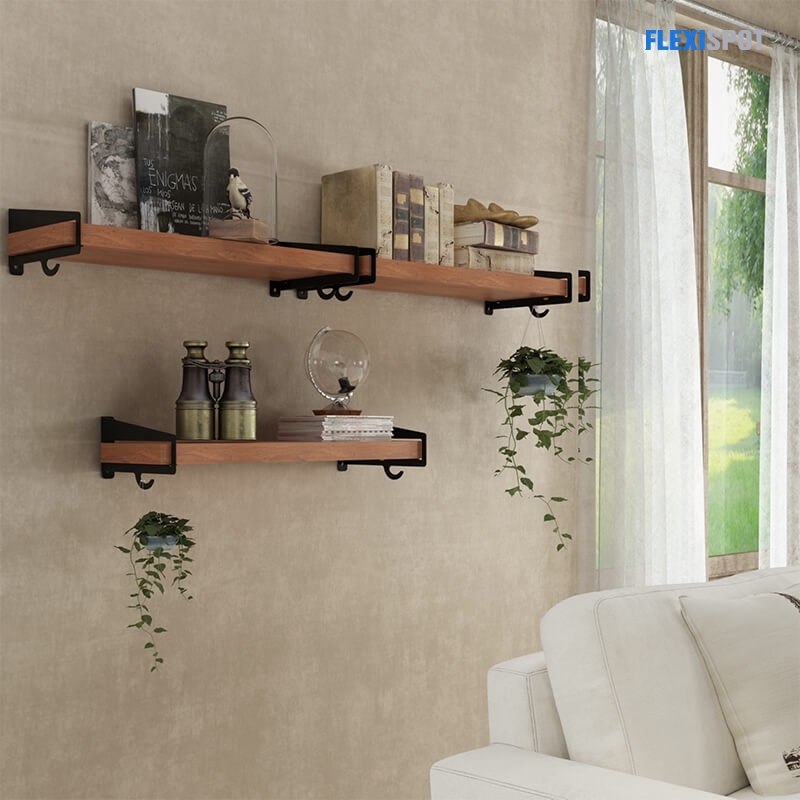 If you want to print your film photos, they can be of great use in your room or house as decor. You may hang them onto FlexiSpot’s floating shelves WSF1.

These floating shelves come in maple or mahogany and can be easily installed and mounted on the wall. When you buy, you automatically get a set of three. You may arrange them whatever way you want in your vacant wall. The shelves are spacious enough with room to hold your photo frames. It could carry up to 44 pounds and each one is 17.7" long, 0.98" thick, and 6.67" wide. It also comes with hooks that you may hang photos onto to make your photo wall look even better.