All Blogs>Workplace Solutions>Blog detail>
Back
Should We Give the Four-Day Workweek a Try?
Sep 14, 2021
651 views

Time and again, humans have entertained the idea of a four-day workweek. While the concept has been found to not be relatively new, it has been making headlines in recent years because of successful experiments mounted on different parts of the world. Because who wouldn’t want a three-day weekend and still get the same compensation, right?

If the pandemic has taught us anything, it’s that radical changes in the workplace might just work if we care to take the risk and try. For instance, many have been skeptical of remote work but after more than a year of working from home, companies have found it to be plausible, especially in this digital age where anyone can be connected through the Internet.

The same goes for a four-day workweek set-up. Companies from different countries have been proving it’s not only possible but also accounts for better work efficiency among employees. In 2018, New Zealand company Perpetual Guardian decided to cut off a day from the five-hour work week and reported a 20% increase in productivity after 8 weeks. In 2019, Microsoft Japan doubled that figure, reporting 40% productivity after making Fridays an extra day off. In March 2021, the Spanish government announced it will be piloting a project that will explore a four-day workweek shouldering the cost of around 200 companies who’d like to join. In July 2021, Iceland reported an overwhelming success in a major trial it did for 2,500 of its workers. Now, 85% of its workforce reports four days a week. It is, needless to say, possible. 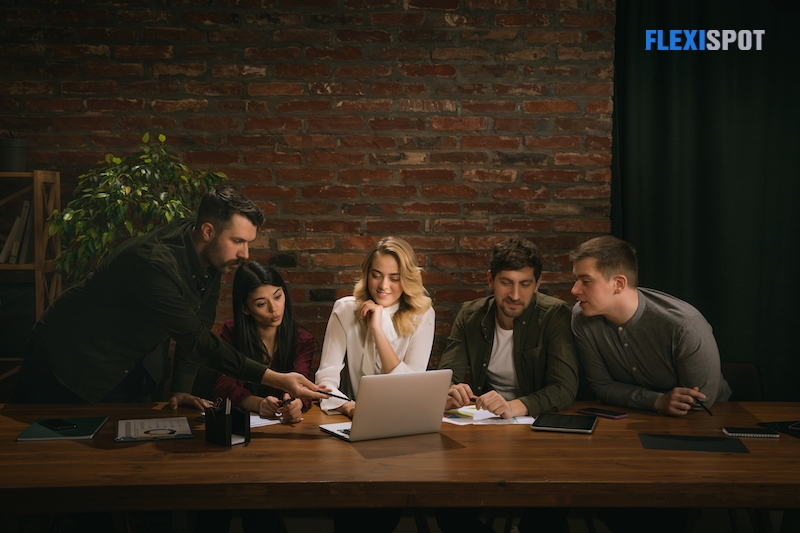 How a Four-Hour Work Week Works

The common misconception about four-hour work weeks is that it simply involves announcing another day of rest. This couldn’t even be farther from the truth. Shifting to a four-hour workweek won’t only entail cutting one day off. It’s a total change of systems that operate in the workplace for it to even be possible in the first place.

TED names three areas that have to be ironed out: 1) tightening meetings; 2) introducing “focus time” when everyone can concentrate on their key tasks, and 3) using technology more mindfully.

Basically, employees have to work in bursts of focused time in order to have more free time for their passions, hobbies, and families. It’s about cutting hours in a day that don’t account for any work done or getting rid of meetings that don’t matter. It’s about maximizing the potential of technology for more efficient work.

Today, ergonomics has played a major part in making employees more efficient. Flexispot makes sure body pain or tension is at a minimum or none at all with its premium ergonomic chairs that have comfortable seat cushions, breathable mesh backrests, and cushioned neck pads. The company also has height adjustable standing desks and standing desk converters that facilitate movement in the workplace from shifting to standing and sitting. To mitigate the pain from standing, Flexispot also carries an anti-fatigue mat that has massage points and will make sure that your feet and legs are comfy even after some time of standing up.

Aside from ergonomics, a tidy workspace also makes an employee more efficient. Installing storage solutions from Flexispot such as floating shelves, mobile file cabinets, lateral cabinets, a mesh desk organizer---you name it, the company has it---to make your workstation the tidiest yet. 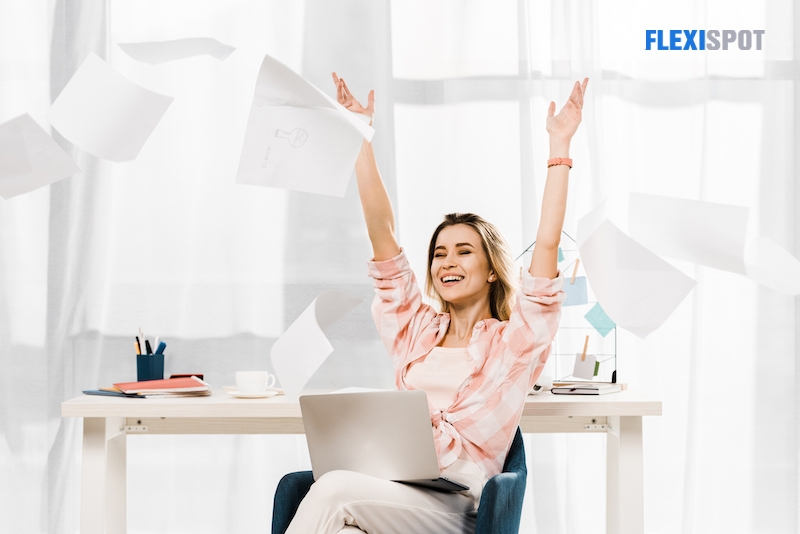 Why Shift to a Four-Hour Work Week?

Employees will have another day to bond with family and friends as well as allot time for self-care and reflection.

2. A four-hour workweek contributes less to the company’s and the world’s carbon footprint.

The company will be using less energy, with a day off from its office utilities. There would be fewer people commuting to the office. In general, if more companies are on board with this concept, the country will lessen its carbon footprint by a mile.

Reliable on short bursts of focus, an employee is motivated to work harder and only stops when a task is done. The incentive to finish and go home early also improves efficiency throughout the day.

4. A four-hour workweek may put a stop to structural inequalities.

Particularly, women in the workplace who just gave birth will have more opportunities to rest.

5. A four-hour workweek may develop a healthier vision of work and time for an employee.

According to TED, sustainable creativity is made possible through the 4-day setup because it teaches workplaces that the right incentives and culture may replace “destructive creativity” into a more sustainable form.

Disadvantages of a Four-Hour Work Week?

1. A four-hour workweek means additional costs for the employer.

Employers would have to hire new employees to compensate for the work lost. New employees mean new salaries and benefits to shoulder.

2. A four-hour workweek may not work for every industry.

For instance, if the company is in customer service, cutting a day off might put a business in jeopardy with clients.

3. A four-hour workweek kills office culture in some cases.

Employees spend less time with one another and with the time that they do spend together, they are actually really working.

4. A four-hour workweek may also lead to more inequality.

5. A four-hour workweek may mean a harder team schedule to manage.

To make up for a day lost, the manager will have to assign different days for workers to come in. It might be harder for him or her to manage schedules with different goals.

A four-hour workweek may just be the future. Whether or not your company is open to adapting this concept, the important thing is that employees are treated with utmost kindness and fairness, always.