All Blogs>Health & Wellness>Blog detail>
Back
Terrible Restroom Practices One Should Avoid
Sep 29, 2021
629 views

On a daily basis, people go over to the bathroom without giving it any thought. Whenever they head to the bathroom, folks carry over their negative practices with them as well.

In order to foster a nice and favorable bathroom atmosphere for everyone, you can work on becoming better and more courteous restroom visitors and being extra conscious about your specific personal hygiene habits. Below are several good toileting behaviors anyone may attempt to do right away. 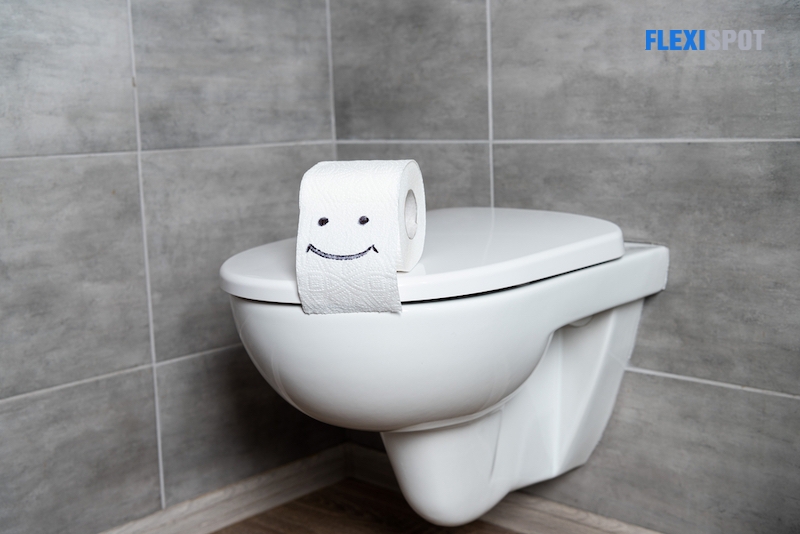 Use the lavatory for its purpose, not for using handheld gadgets

Messages, tweets, phone conversations, and media activities. These are all part of our existence in the 21st century. However, none of these things require an immediate response when folks are taking that brief break off their workstation. Whenever people carry their devices into the bathroom alongside them, they are barely aware of whatever is going on outside then, but users additionally run the possibility of infecting the device with a large number of disease-causing pathogens.

Individuals that take their cell devices to pass the time on the toilet take up a lot of space throughout the bathroom stall, which is disrespectful to fellow individuals that could really do with a lavatory.

Once people are rarely aware of their immediate environment, a damp flooring could primarily represent a specific threat of slipping and falling, especially whenever individuals are distracted by their device and then act lackadaisical with the slick ground. Keep the mobile devices at home and enjoy each bathroom excursion with a lot of confidence and safety. 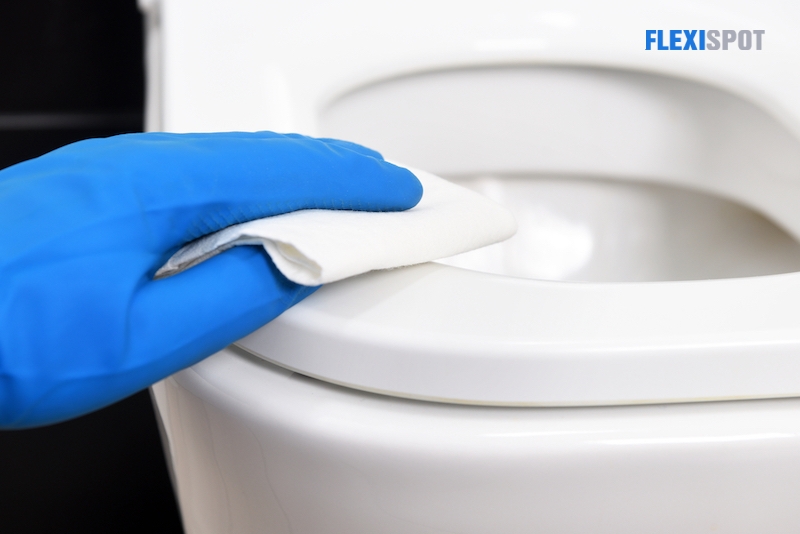 Never rush to get things underway and completed

Washrooms are frequently an area with individuals rushing inside as well as getting out, antsy to begin and complete regular bathroom activity as fast as they can. There seems to be a lot of folks that rush inside the bathroom and walk in without looking. The situation is particularly hazardous if youngsters are waiting by the entrance, as kids might get injured.

To be in a hurry indicates that someone might be performing their routine in a hurry, and that might be detrimental to overall wellness throughout one's existence. Furthermore, if folks are rushing themselves, it's indeed probable that they will hardly be able to devote the necessary time to wiping down once the deed is done. Does anyone have an idea about the person responsible for cleaning up following folks that have terrible bathroom practices? Of course not. But the person following them would think that they are selfish for leaving it in a messy state.

Cleaning up after using the lavatory is fundamental courtesy, although it may never be particularly prevalent across certain people, as seen by the failure to wipe the public lavatory covering they have purposely soiled and the failure to dispose of trash in a proper fashion. In order to avoid ending up in the general garbage tissue receptacle outdoors, soiled menstrual products must be thrown away properly in the appropriate facility. 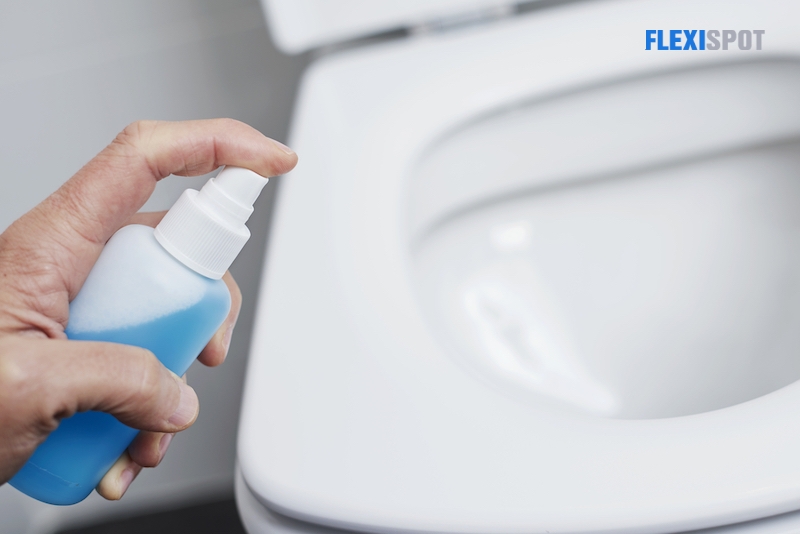 Never hunker down on the toilet unless necessary

Even though hunkering down over that potty bowl might appear to have been a relatively common occurrence years ago, one might be surprised to learn that it continues to occur in certain instances now. Putting the feet up on the bathroom potty bowl and even covering simply makes the entire area appear filthy, but it also causes significant trouble to the following person that uses the restroom.

Users stand the chance of hurting themselves if they slip down whilst precariously crouching on the loo. Quick fix: Prior to using the loo, disinfect the surface using a restroom cleanser. These cleansers offer bathroom visitors with an added sense of trust and security while utilizing communal restrooms for the very first time.

The practice of cleansing thoroughly is also necessary in order to eliminate pathogens that people picked up from different areas. To ensure that the hand hygiene attempts weren't in vain, properly wipe prior to leaving the house once you are ready to venture outside. his seems to be due to the fact that most digits are particularly susceptible to pathogen transmission.

Proper bathroom manners and excellent body cleanliness must be emphasized throughout each office setting in order to keep the people protected against preventable diseases such as cholera and vomiting. What if FlexiSpot told users something folks already knew? A bathroom must be equipped with sufficient amenities to aid in the promotion of proper toilet usage habits over the coming decades.

FlexiSpot offers customers the Toilet Paper FREE丨Intelligent Bidet Toilet Seat ESB101/201! This provides a better toilet experience since it is an environmentally friendly way to relieve oneself. 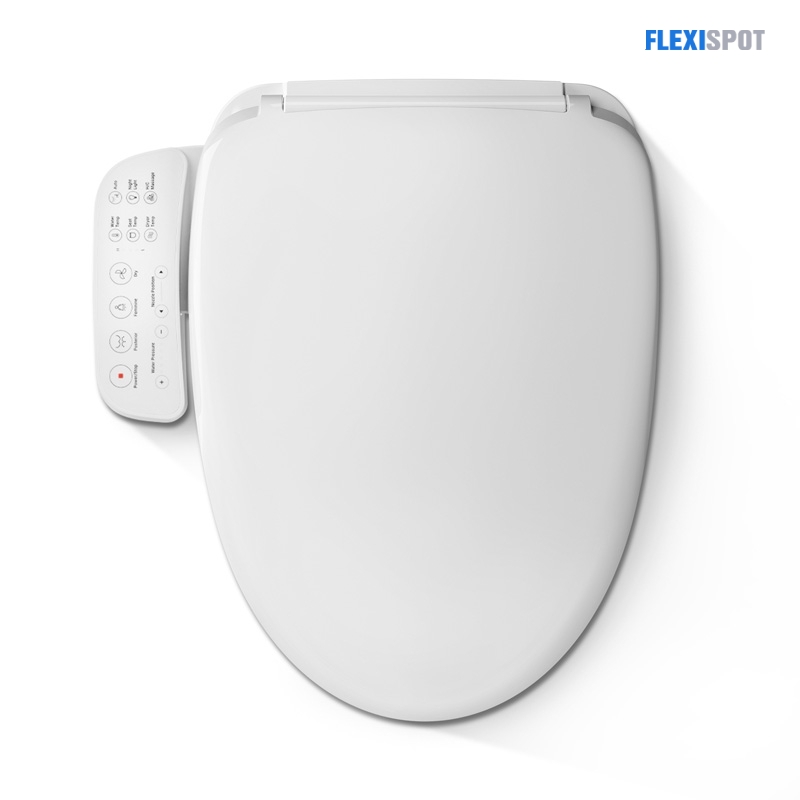 Having great toilet habits will create a healthier environment for everyone. This also makes people appreciate the fact that having cleaner toilet areas is a privilege that they shouldn't abuse. So what are you waiting for? Head on over to FlexiSpot to get the Toilet Paper FREE丨Intelligent Bidet Toilet Seat ESB101/201 for less than $300!