All Blogs>Health & Wellness>Blog detail>
Back
What Standing Desks Do to Enhance Your Brain
Apr 12, 2022
971 views

We all have felt our brains slowing down when the day is coming to a close. We can’t help feeling sluggish in the afternoon, especially if it was a particularly long day at work. There is a scientific explanation for this feeling. Studies have discovered the link between sedentary behavior or prolonged sitting with the reduced thickness of the medial temporal lobe, containing the hippocampus, the part of the brain responsible for learning and memory.

The studies make it clear that regularly standing up and breaking your sitting for a while will improve your cognition. Weill Cornell Medical College professor of clinical psychiatry Richard Friedman, “you don’t even have to move much to enhance cognition; just standing will do the trick.”

One study divided its participants into two groups. They were given a test to complete; one of them standing while the other one sitting. The test given is called “Stroop,” and is a determinant of selective attention. Example questions include conflicting stimuli, such as the word “green” printed in blue ink and asked to name the color. Do you know the results? Those who were standing defeated those who were sitting by a 32-millisecond difference.

Standing desks have become a trend these days, and with good reason. It is highly linked with helping workers live healthier lifestyles as compared to using regular desks that continue sedentary office habits that are detrimental to one’s health in the long run. There are many benefits to standing regularly throughout the day. If you do it in regular intervals, it will enhance your metabolic rates including managing calorie burn and blood flow. It’s important to note though that standing should not be treated as an exercise alternative. Still, it is enough to kill or at least reduce the hazards of prolonged sitting. Moreover, standing desks boosts brain functions, enhancing cognitive skills such as sharpening focus and improving memory.

There was also a study wherein scientists looked at the impact of using standing desks instead of seats in a high school classroom. During the school year, these students were given two tests with four computerized exams that are aimed to measure executive functions including cognitive skills, problem-solving skills, tackling tasks, and applying different steps to achieve objectives. Problem-solving, in whatever setup, be it the classroom or an office depends on good executive functions.

The Cognitive Benefits of Standing Desks

Since physical benefits are already apparent, doctors and journalists wanted to discover the impact of standing desks in improving mental faculties as well. They shifted their focus and looked at the cognitive benefits of using standing desks. 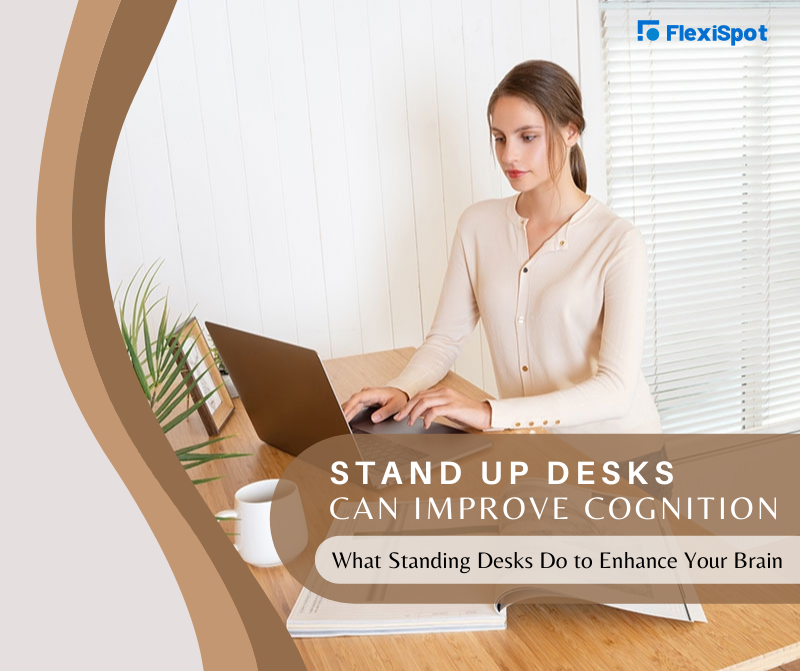 1. Stand Up Desks Can Improve Cognition

The Oxford University Press published a study from Brain that associated standing up with the benefits of improved cerebral circulation in the visual association cortex, midbrain, and anterior and posterior vermis. Thanks to this part, the brain is nourished with blood, nutrients, and oxygen. Standing helps in enhancing blood circulation by bringing in healthier, more regulated blood sugar levels, positively affecting memory function. Compared to sitting, the blood glucose level increases and compromises the hippocampus, leading to a decline in cognitive function in the long run.

The study found out that physical activity the user gets from using a standing desk already improves cognitive performance in the long run.

Backed up by research, aging leads to the shrinking of some brain regions, particularly the hippocampus which gets smaller by one to two percent every year for people without dementia. But adults, who do a modest amount of physical activity, are likely to show a two percent increase in the size of the hippocampus. 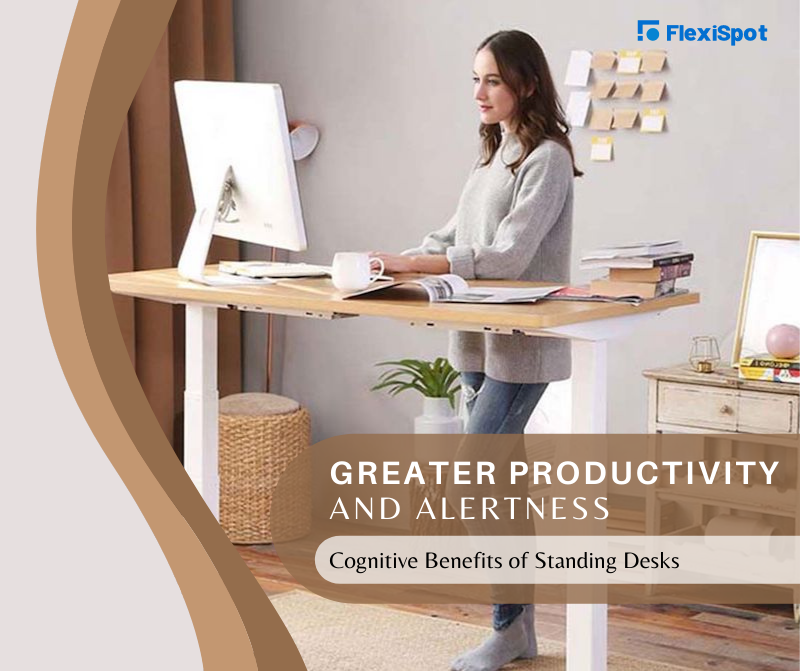 In effect, stand-up desks have a significant positive impact on the office space. There is a boost in productivity and improvement in metabolism as well.

When blood flow is at a healthy level, there are fewer chances of going through a headache that might intervene with one’s work. 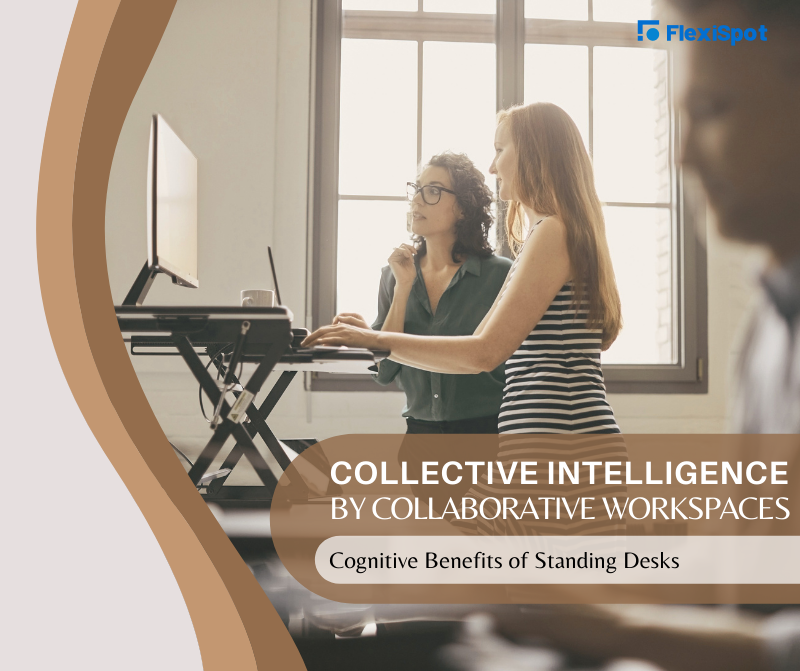 It’s easier to achieve objectives when you work together with several other minds. We could refer to this as collective intelligence that paves the way for companies to make better-informed decisions, leaving no room for employees to keep office silos and encouraging them instead to collaborate on forming valuable knowledge. For this reason, primarily, collaborative work environments have become more popular in recent years. It has been used by big companies such as Facebook, Apple, Google, and Pixar to encourage good communication among groups, inspiring ingenuity among everyone involved. 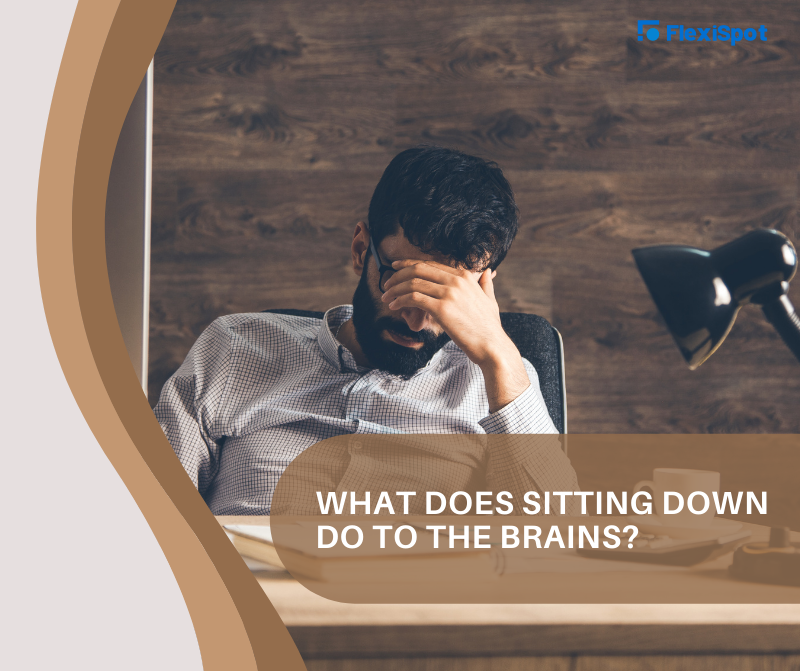 What does sitting down do to the brains?

Dr. Prabha Siddarth made a study at the University of California, Los Angeles that discovered sedentary behavior reduces the thickness of the medial temporal lobe, a region of the brain that contains the hippocampus necessary for learning and memory.

35 healthy individuals aged 45 to 70 participated in the research and were interrogated about their activity levels, including how much time they spent sitting every day, and then afterward, they were given an MRI brain scan. The results were affirmative that sitting for extended periods led to a thinner medial temporal lobe than those who sat down less within a day.

A thinning medial temporal lobe seems to bring speculations on a possible impairment in learning and memory.

There was no real difference between people who were physically active and those who were not. From this finding, the scientists seemed to deduce that even exercising isn't that significant in guarding against the negative effects of the whole day sitting. 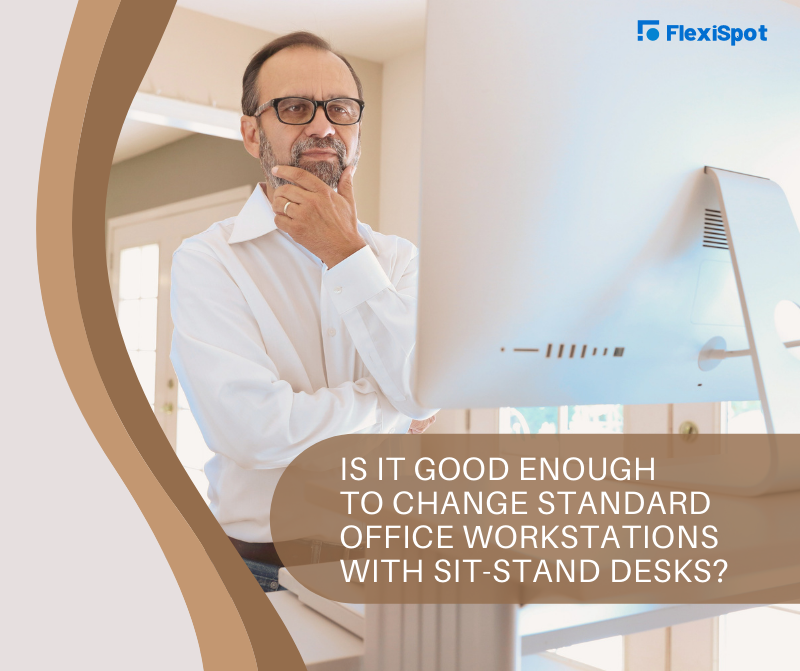 Is it good enough to change standard office workstations with sit-stand desks?

Through recent studies made in a few years' time, we are more knowledgeable that our habits, lifestyles, and health is associated with our work performance. Companies are looking for innovative ways to make working lives more comfortable, helping their employees have a boost in productivity. The results of using sit-stand desks among customers have so far been promising.

Being in favor of standing desks versus regular desks has become not only a more popular opinion but also a healthier choice according to science. Studies have proven that it can help in improving the cognitive faculties of most people. However, you must take everything with a grain of salt. This is the first time scientific studies have associated the use of standing desks with a change in cognitive function so it is still too early to tell if they can benefit workers in the long run. We suggest more conclusive studies to ensure the public that standing up does improve the way our brains function.