All Blogs>Workplace Solutions>Blog detail>
Back
Why It's Better to Manage Daydreaming than to Kill it
Sep 16, 2022
33 views

Award-winning director Karen takes her private plane to New York. In her two-story penthouse, her daughter of seven years welcomes her. She and her family enjoy a gourmet meal prepared by her own chef and kitchen staff. After supper, they watch a movie in her own theater, which has walls that are soundproofed to simulate a starry night. They eat pizza and popcorn for dinner and watch a movie. Karen receives hugs and kisses from the kids before drifting off to sleep next to her husband.

Welcome to Karen's world in her daydreams. She would return to it several times throughout the day, constantly adding new characters to whatever new stories her imagination would come up with. When she used to be at the office, her boss would reprimand her if she became distracted during a meeting. This daydreaming habit though, took over Karen's days as a remote setup began to be the world's norm. Before she knew it, she was living in a fantasy that her mind made while her reality remained in a Brooklyn apartment with a single bed, her ex-fiance had dumped her, and there were no signs of children or even a gourmet supper on the horizon. While daydreaming helped her divert her attention, the burden of a distracted self fell on her work tasks. 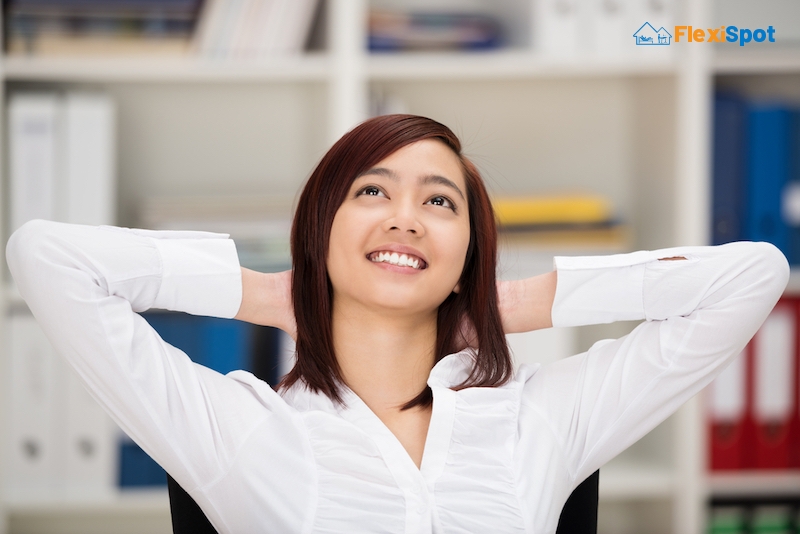 If you catch yourself nodding off to one daydream, stop for a moment and pay attention to me. Contrary to what many people think, daydreaming is beneficial for your health. When the mind is prepared to return to work, it helps to eliminate boredom in a task and transition to a better focus. By tapping into your subconscious, conjuring ideas in your head, searching through the archives of your brain history, and speculating about the future, daydreaming helps one's creativity. It not only increases your creativity but also offers you time to think. This being said, daydreaming can actually assist in issue solving because it temporarily transports you to your preferred place of solace. When you return, you will be better and more focused than before.

Excessive daydreaming can be a symptom of more serious mental health issues including depression or attention deficit hyperactivity disorders. Daydreaming can also make you lose your work because it lowers productivity and makes it more likely that you will miss important information when it is presented to you.

More people are working from home, making it simpler to get stuck in a daydreaming cycle. Here are some ways to deal with it or stay away from it, especially when time is of the essence and you must offer your full attention: 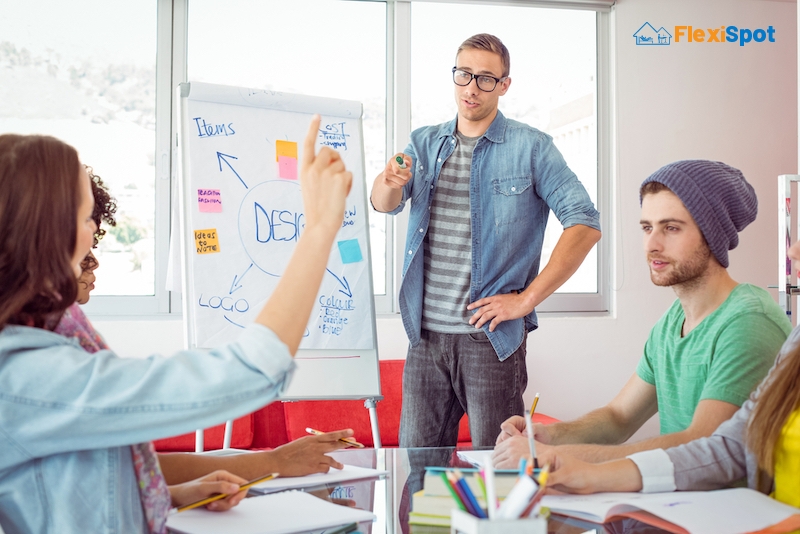 During meetings, be active by asking queries, voicing out any of your related concerns, and jotting down notes.

There is a technique you can use to keep your attention from wandering during meetings. You could become very inquisitive and jot down notes in addition to remaining in the team leader's line of sight and hearing. These help you remain attentive and focused during the conversation. If necessary, you may also add your own advice and remarks.

Take the initiative and offer to moderate the discussion if given the chance. There won't be as many opportunities to daydream when you're in control. 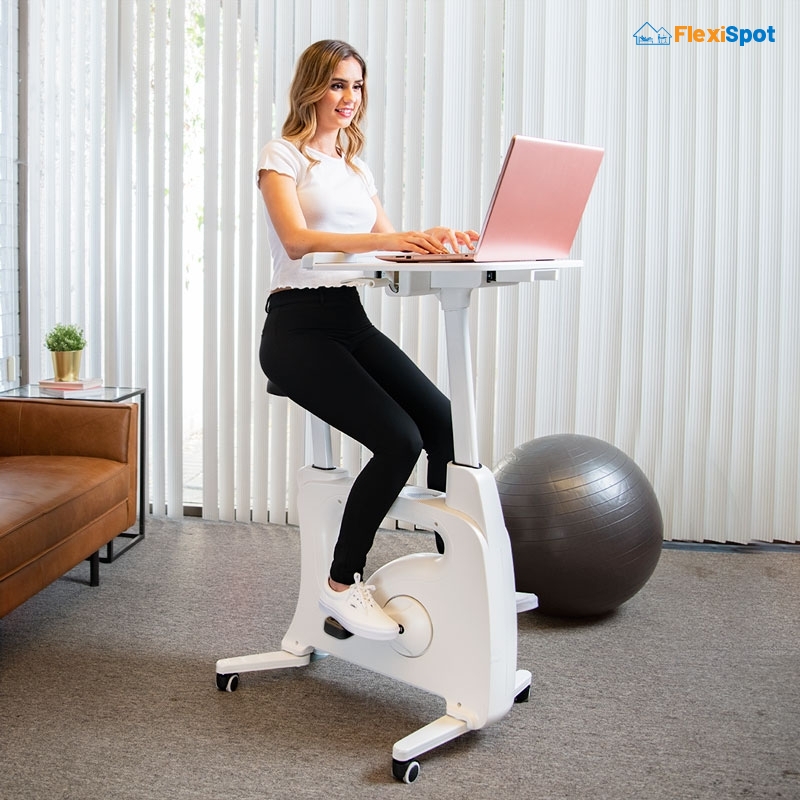 Try doing something that doesn't need much concentration.

Since humans are programmed to daydream at least 40% of the time, it's important to schedule adequate time for daydreaming outside of work to prevent you from dozing off when working. Try anything that requires less concentration, like walking, hiking, or stationary cycling.

Why not work from home using FlexiSpot's Home Office All-in-One Desk Bike/Bike Workstation V9? This has a seat that can be adjusted for height, a quiet pedaling system, adjustable resistance levels, and a calorie counter. Since the All-in-One Desk bike features a detachable tabletop, it can even be utilized for business purposes. Other things to do that let your thoughts wander are painting and drawing. 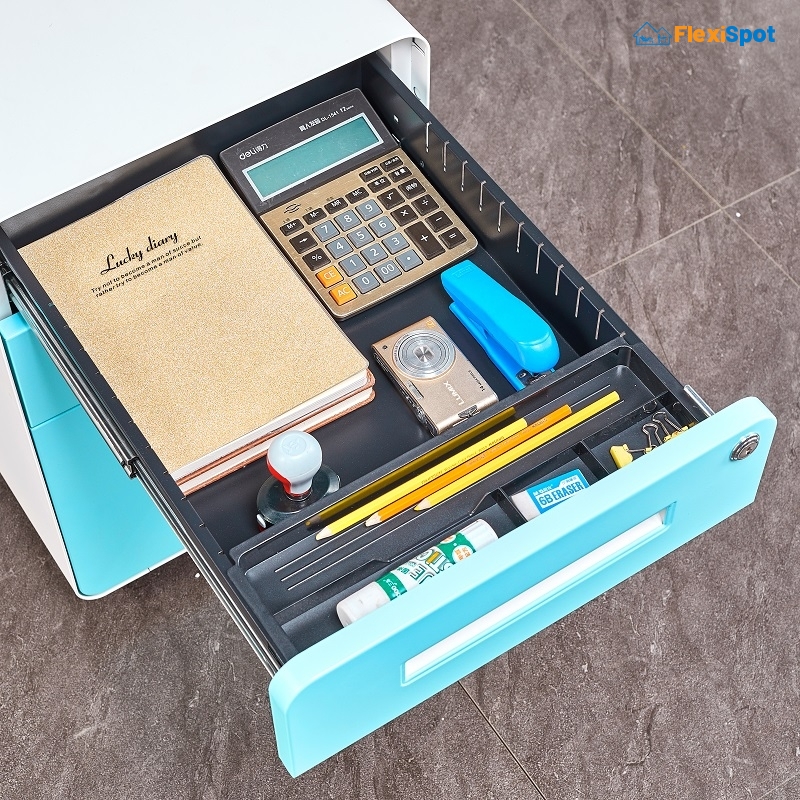 A change of environment is sometimes all you need. If your workspace is already cluttered, it may be difficult for your mind to concentrate on the tasks at hand and may instead wander to a hundred different topics. Change it up. Switch up the positions of your cabinets and drawers in opposite directions, or switch the side of your monitor. If your storage cabinet already has caster wheels, moving it is simple. Because of its smooth caster wheels, FlexiSpot offers mobile file cabinets that are simple to move about the room. It also locks in the region you specify. For additional storage and a fresh design, you can also put the roomy floating shelves from FlexiSpot on the wall.

A newly organized workspace will be beneficial for your mind's ability to concentrate. 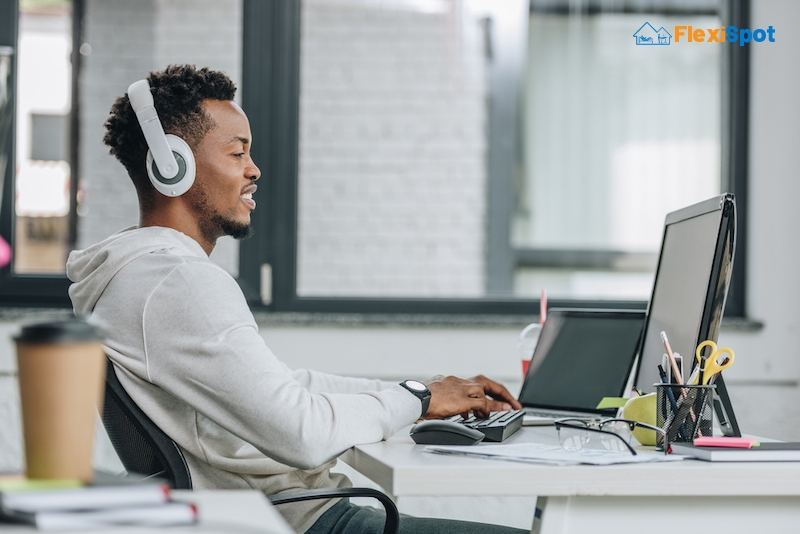 Distractions can be added to improve focus.

Playing with opposites to get the result you want is an intriguing idea. There won't be much opportunity for daydreaming if you add more diversions to what you are doing. Let us explain. You might be writing a school assignment while enjoying classical music, for instance. Your mind is currently analyzing the words you are going to compose as well as the music in the background you are listening to, so it won't have time to entertain unrelated thoughts. Nilli Lavie, a cognitive psychologist, refers to this as strengthening the concentration muscle.

It's common for the thoughts to wander. A mindfulness practice won't even urge you to stop the stream of unimportant ideas; rather, it will just give you the advice to observe them as they come, their nature, and your actions when you become distracted. Simply put, you are invited to take notice but not to dwell on every passing thought.

Studies have shown that daydreaming has a variety of positive effects, including increased creativity, a reduction in boredom, and the development of problem-solving abilities. Managing your daydreams is the best strategy for dealing with them. Change your habit every day in small, manageable ways to reduce distractions.